Old Mobile Phone Batteries could yet do a World of Good 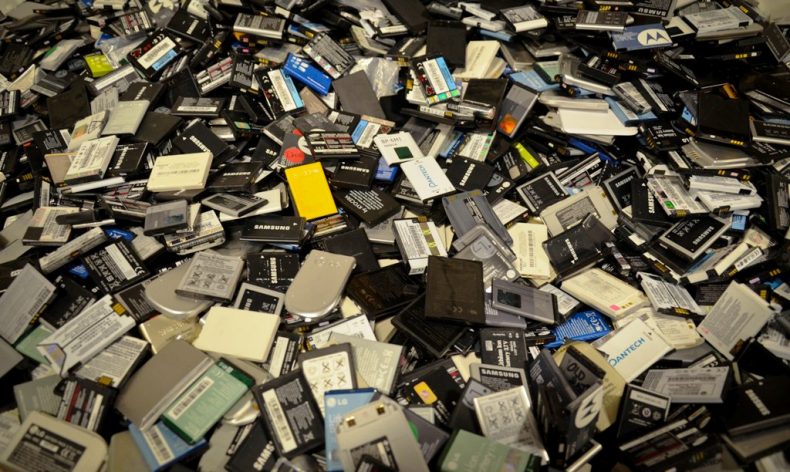 Old mobile phone batteries like these ones could be put to good use. Photo Credit: ifixit.org

The mobile phone industry is among the most dynamic in the world with brand-new products featuring technological improvements, large and small, hitting the market with predictable frequency throughout each year. Having a mobile phone these days is a must for most Malaysians. The country boasts a mobile penetration of 140% and around half of Malaysians, who are among the most avid smartphone users in the world, own more than one device.

So far so good. The trouble is that when mobile users upgrade to new devices, they frequently leave their old ones to their fate in packed drawers at home, or else simply chuck them out, adding to the already significant amounts of environmentally hazardous e-waste, which is largely left unrecycled.

But what if you could use those old phones, or at least some parts of them, in environmentally friendly ways and help out other people while doing so? Actually you can.

The relatively powerful lithium batteries in old mobiles often remain potent sources of energy long after the phones in which they came turned technologically obsolete and ended up in trash heaps. In fact, while most phones get replaced every two years, the batteries in them can last for up to five. And those batteries can power solar LED lamps, which can make a world of difference in remote areas of the country or in developing nations without regular sources of electricity. 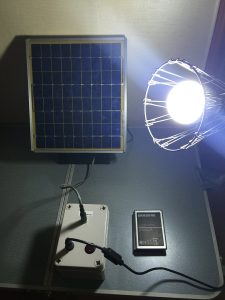 Used mobile phone batteries hooked up to a solar panel by day to charge them for use at night can power “a light-emitting diode lamp [which] can be a good replacement for candles or kerosene lamps that generate pollution, are hazardous, and only give poor lighting,” Boucar Diouf, a professor at the Department of Information Display at Kyung Hee University in Seoul, writes in a study published in the Journal of Renewable and Sustainable Energy.

Such a system can be set up cheaply and with ease to provide a better quality of light in poor communities all year round. “This reduces wastage in developed countries and overcomes the challenges of cost and durability in small off-grid photovoltaic systems in non-electrified rural areas of developing countries,” he adds. In other words, it’s a win-win.

By way of a test, the researcher hooked up a single fully charged lithium-ion battery taken from an old mobile phone to a 1-watt solar lamp. He managed to power the lamp with it for three hours. He then built a cheap 12-volt system from three old batteries, a 5-watt lamp and a solar panel. His system provided enough power to light up a room for five hours a day for three years without any need for maintenance.

The researcher believes that if every poor household without the benefit of electric lamps replaced candles for a lithium battery-powered solar lamp system for five hours a day, the planet would save up on around 36,000 tons of CO2 emissions each day. “When one mobile phone battery is recycled, about 130 g of CO2 will be kept away from the environment daily,” he notes. “When three batteries are assembled in a system, a full room will be illuminated allowing studying, safety, healthy lighting, or other income-generating activities.”

So don’t chuck out those old batteries just yet.