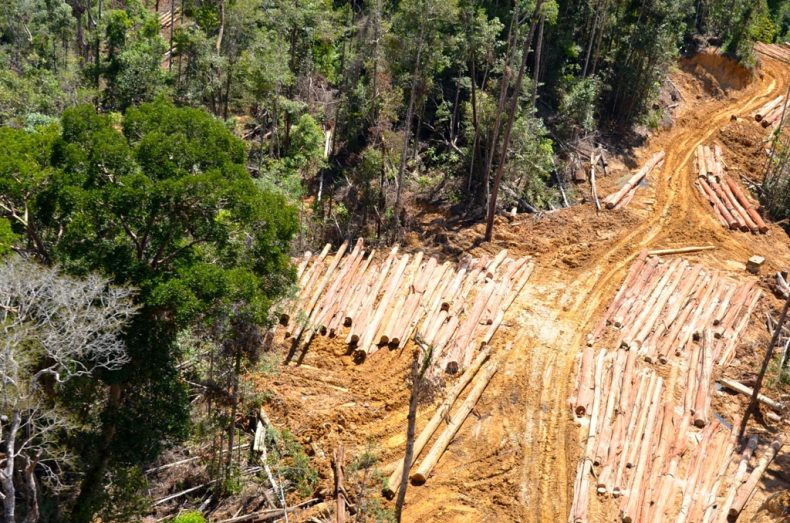 Indigenous Penan communities in Sarawak are mad at the continued destruction of their ancestral forests and they won’t be taking it any more. The Penans, who have traditionally been semi-nomadic forest-dwellers, want all logging stopped in the remote Upper Baram region of Sarawak and the area declared a protected national park.

James Lalo Keso, a former penghulu (paramount chief) in the community of Long Lamai, has sent a poetically poignant letter to the state’s Chief Minister Adenan Satem, urging him to impose a moratorium on all logging. 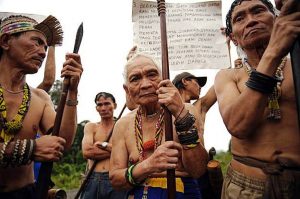 “Our lives depend very much on a sound environment, a rainforest that can provide us with all for satisfying our needs,” James, a well-known social activist and campaigner for indigenous rights, writes. “[O]ur identity and social wellbeing depend very much on our ancestral lands, the territories our fathers and grandfathers lived on. These forests are our history, our present, and are meant to be our future.”

Over the past half century, James explains, uncontrolled logging has decimated once dense and pristine forests in Upper Baram. Local indigenous communities’ efforts to gain Native Customary Rights to the land to save remaining forests have so far been largely unsuccessful, albeit they have been seeking to exert those rights for years. “We are peoples of the forest; we do not have any means to make our voices heard,” James wrote Adenan. “As we do not have any means to make the government accountable, we put our hopes [i]n our Chief Minister, Tan Sri Datuk Patinggi Haji Adenan Satem, to strengthen democracy and listen to our voices.” 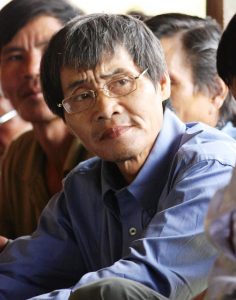 Those hopes in Adenan may not be entirely misplaced. Adenan has promised to better protect Sarawak’s forests and has followed through on some of those promises. That has come as a welcome change from the modus operandi of the state’s previous chief minister, Taib Mahmud, whose 33-year reign inflicted untold damage on Sarawak’s forests through unrestrained logging activities, from which Taib stands accused of having personally benefitted handsomely.

Taib was also accused by indigenous communities in Sarawak of turning his back on them. “When Taib studied law in Adelaide as a young man, he was as poor as we are today,” James wrote recently in another letter. “Later on, he decided to become a politician,” he added. “But instead of helping us indigenous people, Taib became greedy and only interested in enriching himself and his family members.”

James then delivered the coup de grâce: “Our lives were good and self-sustaining until Taib Mahmud gave our land away to the logging and plantation companies without our consent … It is an open secret that the loggers gave a lot of bribes to Taib Mahmud and his family members.”

Time is fast running out on Upper Baram’s remaining forests, James warns. “In the letter [to Adenan], I explain how the last islands of primary forest are disappearing in our Ba Jawi area,” he notes. “In 2010, the Ba Jawi area was still covered with pristine primary forest, while in 2015 – after five years of logging – the area is severely degraded and the biological diversity has been reduced considerably. Only a few areas in the Selungo area remain unlogged today and are under immediate threat of being logged in the coming months.”