Dead Elephant is found in Kedah without its Tusks 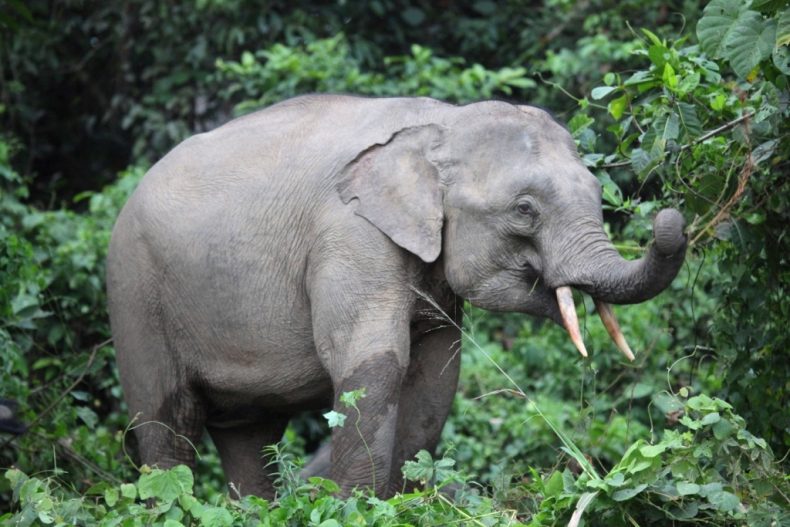 Wild elephants in Malaysia continue to face a variety of threats from habitat loss to poaching. Photo Credit: BioLib

A group of anglers in Kedah state recently chanced upon an unwelcome find on their way to Pedu Lake: the remains of an elephant. The dead pachyderm had had its tusks removed in what seemed to be a professional manner. The animal was likely killed by poachers for its tusks, officials suspect.

The culprits probably waited for an elephant to emerge from a nearby forest so as to quench its thirst before they ambushed and killed it. Owing to the relentless heat because of the El Nino phenomenon, “wild animals such as elephants emerge from the jungle to drink water at the lake,” a local official explained.

And so there you have it: unscrupulous people, out for a quick buck on the illegal wildlife market, continue killing endangered animals, which can ill afford to lose any more of their members. Elephants are high on the list of endemic species that are facing a growing threat of extinction in the wild in Malaysia.

Only an estimated 2,500 Bornean pygmy elephants (Elephas maximus borneensis) remain. To make matters worse, the species is facing a dangerous genetic bottleneck because of the fragmentation of their habitats. As a result, wild elephants are becoming increasingly prone to the risks of inbreeding with attendant health problems.

Scores of wild elephants are also facing immediate risks of being killed for trespassing into vegetable gardens and oil palm plantations. In 2013 an entire herd with 13 mature adults were found dead in the Gunung Rara Forest Reserve in the south-central part of Sabah state. The animals had all been poisoned, possibly by oil palm cultivators.

Conservationists have just issued an online petition calling on the government to protect endangered wild elephants from being poisoned or otherwise harmed. Oil palm cultivators, the animal rights activists say, routinely place rat poison around palm trees to prevent pachyderms and other animals from feasting on their fruit.

Meanwhile, poachers and game hunters carry on decimating endangered species, elephants among them, any chance they get. “[A]nything that roams the wild, slithers on the ground and nests on the jungle canopy is fair game for these heartless hunters,” one commenter has put it. “Their mindset is, the rarer of species, the better the game. Is there, then, any hope for wildlife to survive?”

There is … but only if we all do everything within our power to stop poachers, hunters, poisoners and the myriad other defilers of Malaysia’s forests.