Sea Turtles, it turns out, are a pretty Mischievous Bunch 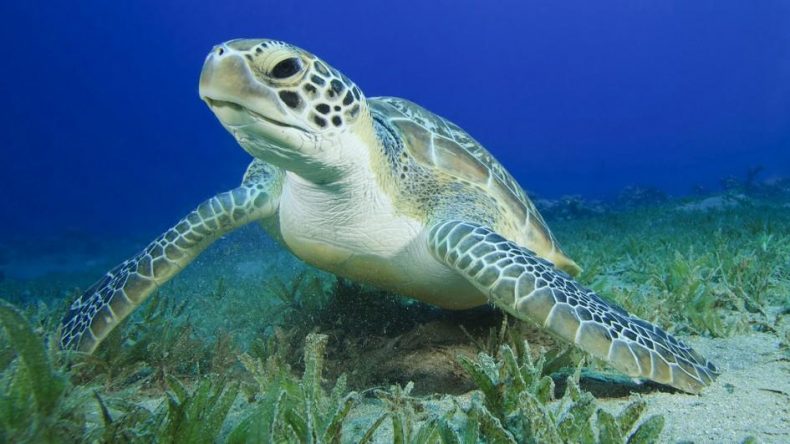 Green sea turtles are docile creatures. All they do is mind their own business, whatever that may be, with unflappable poise. They certainly wouldn’t hurt a fly.

Or so you may think. These saltwater reptiles, it turns out, are a pretty mischievous lot. They can be rather grumpy, too. 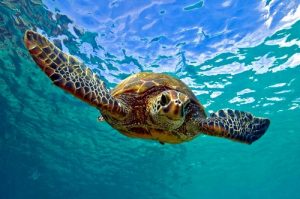 That’s according to their keepers at aquariums in the United States. Take Calypso, a matronly reptile. She shares her spacious tank at the National Aquarium in Baltimore with 16 reef sharks, but it isn’t those sharks that human maintenance workers need to keep an eye on when they descend underwater. It’s Calypso.

The female turtle can be quite a nuisance by making mischief any chance she gets: she may interfere with the workers and pester them for treats. Her keepers have had to design an ingenious feeding device to keep her occupied when people are around underwater.

Then there’s Myrtle, a 90-year-old green sea turtle, living at the New England Aquarium in Boston. Weighing around 225 kilograms, she is quite a handful – both literally and figuratively. Myrtle likes to have her belly scratched and will insist persistently that divers do just that by hovering constantly around them. “She chases the divers to say, ‘Come back here. I’m not done yet,’” a staff member told The Wall Street Journal.

Myrtle also likes to be fed bite-size treats. And she does not like it one bit when divers do not bring enough of those with them. “I’ll extend all of my fingers with a wide open hand and she knows that means ‘no more food,’” a keeper says. “She just looks at my hand totally disgusted and turns away.” 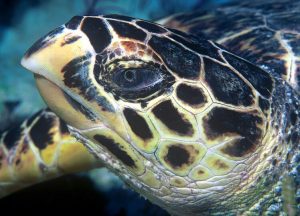 Hawksbill sea turtles, which are also commonly found in Malaysian waters, can be, if anything, even more delightfully roguish. Lucy, a hawksbill sea turtle living at the New York Aquarium, has a penchant for stealing food from the resident sharks. She and other large sea turtles can also pose a danger to their keepers with their sharp beaks and sizable bulk. “Divers in an aquarium are much more cautious with sea turtles than sharks,” the aquarium’s director told the US newspaper.

All this makes for entertaining stuff, definitely. There’s always a danger, of course, that we may anthropomorphize animals by ascribing human-like emotions and motivations to them. What’s much worse, however, is our persistent failure to recognize the fascinating range of adaptive behaviors that myriad animals, green sea turtles among them, possess.

It is this common failure, one which fails to take into account the unique qualities and intrinsic worth of animals, that persistently hampers conservation efforts. Malaysian fishermen may think of sea turtles as nothing but nuisances because they may accidentally interfere with fishing.

Other Malaysians may see them or their eggs as merely sources of “exotic” food, which can be had at select restaurants that specialize clandestinely in dishes made from endangered animals, including turtle soup and turtle egg meals.

Calypso, Myrtle and Lucy might well be miffed at that, and rightly so.