Helmeted Hornbills are ‘on the verge of Extinction’ 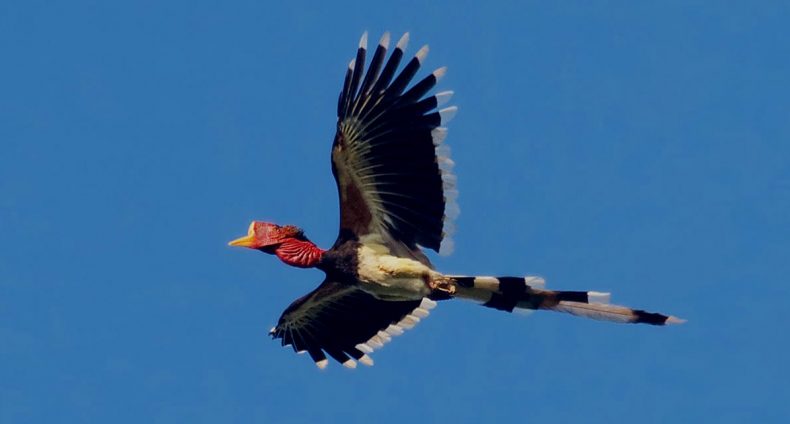 Helmeted hornbills – time to brace yourself – may be on the way to extinction in the wild. They are near-extinct in Indonesian Sumatra and may soon face a similar fate in Malaysian Borneo as well.

Unceasing demand for their casques, as their helmet-like appendages are known, has been driving the birds dangerously close to the point of no return in Sumatra, a team of researchers has warned in a study, “Trade in the Helmeted Hornbill Rhinoplax vigil: the ‘ivory hornbill’,” published in the journal Bird Conservation International.

“Between March 2012 and August 2014,” they write, “a minimum 2,170 heads and/or casques were seized from the illegal trade in Indonesia and China in identifiable enforcement actions. Seizures were made from poachers, smugglers, processing facilities and retailers (both physical shops and online traders).” At this rate, the birds will go extinct in the wild within a few years. “Efforts are therefore urgently needed to end this illegal trade, which is controlled by organised crime [syndicates] with interests in other wildlife products,” the scientists add.

They recommend increasing the penalties for wildlife traffickers and boosting awareness of the plight of the species among potential consumers. They also call for urgent measures to roll back the illegal trade in the critically endangered species by stepping up wildlife patrols and clamping down on the criminal networks behind the trade. Time, they say, is fast running out for the majestic birds. 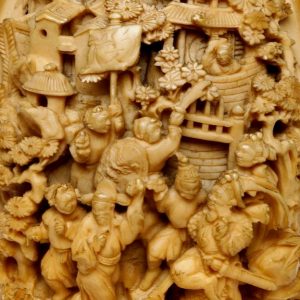 Poachers continue to target wild helmeted hornbills for their solid lumps of keratin atop their beaks that are as highly prized as elephant ivory in China, where the casques are carved into expensive jewelry and luxury decorations.

Unfortunately for the shy, fruitarian birds, their large size (they can weight 3 kilograms with a wingspan of up to 2 meters), their striking black-and-white plumage, and their conspicuous habits (they frequently issue loud calls to each other in their forest homes) often make them easy targets for poachers. According to the researchers, criminal syndicates routinely commission teams of poachers in Sumatra and Borneo to hunt down the birds.

“The 2015 IUCN Red List assessment notes the species has apparently almost disappeared from habitats where it was previously abundant on Sumatra and cautions that poaching efforts could shift to Malaysia from Indonesia, where illegal capture is now focused,” warns the anti-wildlife trafficking watchdog TRAFFIC.

“If this problem isn’t dealt with very soon, the Helmeted Hornbill may be wiped out in Indonesia and seriously threatened elsewhere,” said Chris Shepherd, the group’s regional director in Southeast Asia. “The health of the rainforests will suffer and the forests will fall silent.”

That, needless to say, would be a tragedy.