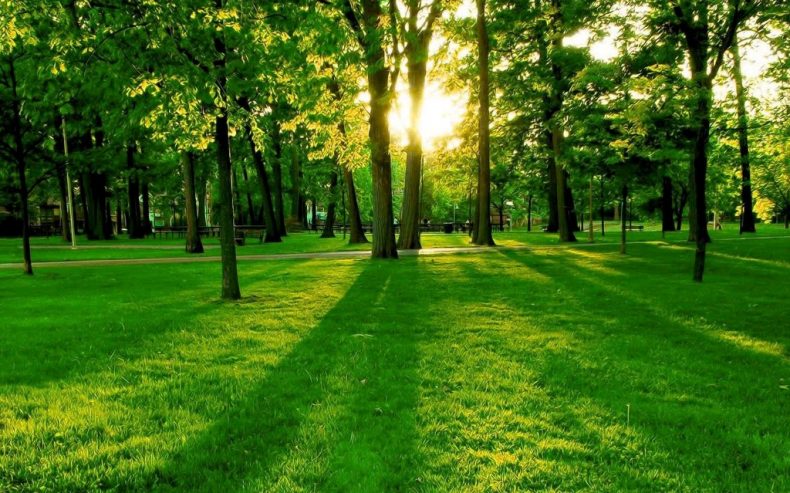 The sight of green trees, even in public parks, can have a calming effect on us. Photo Credit: freetopwallpaper.com

Tell us if you have heard this before: the color green can have a calming effect. That should come as no surprise. Vegetation comes in flamboyant hues of green and evolution has primed us to prefer lush forests to barren landscapes with sand and rock.

Here’s the thing, though: gazing at trees in a park – or better yet, taking a stroll in the woods – can demonstrably relieve stress. A new study has not only confirmed that but even sought scientifically to quantify the mood-altering effects of natural landscapes and environments.

Researchers from the University of Illinois and the University of Hong Kong recruited 158 volunteers, whom they subjected to various mildly stress-inducing situations, such as performing math tasks in front of judges or delivering a speech in public. They then immersed the thus duly stressed-out subjects in one of 10 short videos that featured citiscapes with varying degrees of visible greenery in them, ranging from 0 to 70%.

As they did so, they monitored participants’ levels of stress repeatedly to gauge how they fared. The researchers then charted the changes on a so-called dose-response curve.

In other words, having lots of trees around can have a measurably beneficent effect on your mood. That’s not an earth-shattering finding in itself (seeing as many of us who love nature have long suspected as much), but it’s good to have some solid scientific proof confirm it.

What this also means is that saving the trees and forests of Malaysia is now even more of a must … since losing them would be pretty bad for our moods.