Demand for Stingrays is killing Turtles 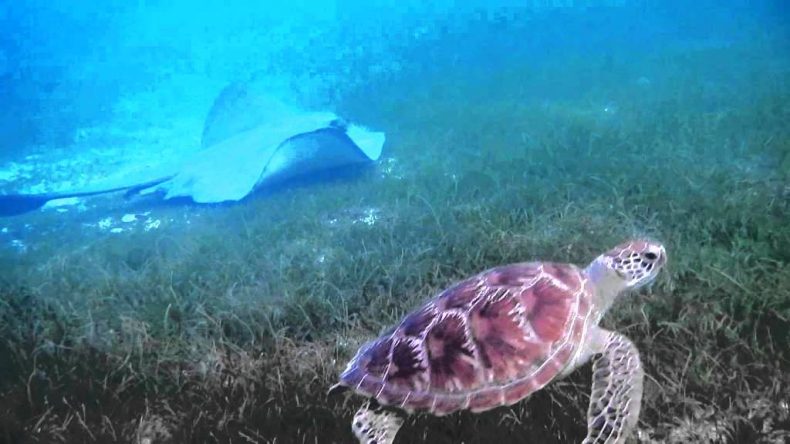 A stingray and a turtle swim alongside underwater, Photo Credit: DonEnrique84 via YouTube

Threatened or endangered animals often become the victims of human greed, which is bad enough. Yet they can also become unwitting casualties of humans’ voracious appetites for other species. That’s what’s happening to turtles in Terengganu, according to a news report.

Myriad sea turtles have been getting caught in the thickets of nets that local fishermen have been laying illegally in waters close to shore around the state. The nets are meant for stingrays, for which there is great demand, but turtles often end up being trapped and drowning in them as unwanted by-catch.

To make matters worse, the nets are often left in the water for days or weeks on end, thereby increasing the risk of turtles getting entangled in them. Fishermen could help save turtles caught in their nets simply by checking on those nets every few hours and freeing turtles, if need be. Many of them clearly can’t be bothered. 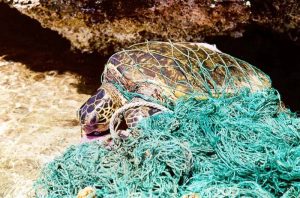 According to Terengganu’s Fishery Department, at least 30 turtles perished this way between January and the end of April this year. That’s more than half of the death toll from the whole of last year, when 59 sea turtles are known to have died this way. And the actual numbers could be higher still with the World Wide Fund for Nature-Malaysia reporting a death toll of 20 turtles in Kemaman district alone and another 10 to 15 in Setiu thus far this year.

Sizeable stingrays can be sold for as much as RM10 per kilogram wholesale, which has been an incentive for local fishermen to try and catch as many of them as they can and any way they can. The fishermen do this by regularly using banned nets with bigger mesh sizes that are an especial risk to turtles, which tend to inhabit the same reefs and rocky underwater terrain close to shore that stingrays do.

“The deaths of these animals are basically fuelled by demand for the stingray,” a conservationist told the Asia News Network. “Turtles are a useless by-catch for the fishermen because Malaysians don’t eat the meat. The carcasses of turtles trapped and drowned in these nets are usually sunk with stones,” she added. “Catching stingrays brings in a lot of money despite the risks. There is no motivation to stop catching them.”

Fishermen face the prospect of a fine of up to RM3,000 for using illegal nets, but to date few, if any, of them have been held to account. “In my eight years here, I have never seen anyone charged or fined,” Sharifah Ruqaiyah, a senior marine conservation officer for WWF-Malaysia, told the news network.

Sadly, that sums up the state of affairs in conservation across Malaysia. Despite there being clearly defined laws against illegal practices, culprits routinely end up facing no consequences for breaking those laws. This must change for the sake of turtles and all other threatened or endangered animals.