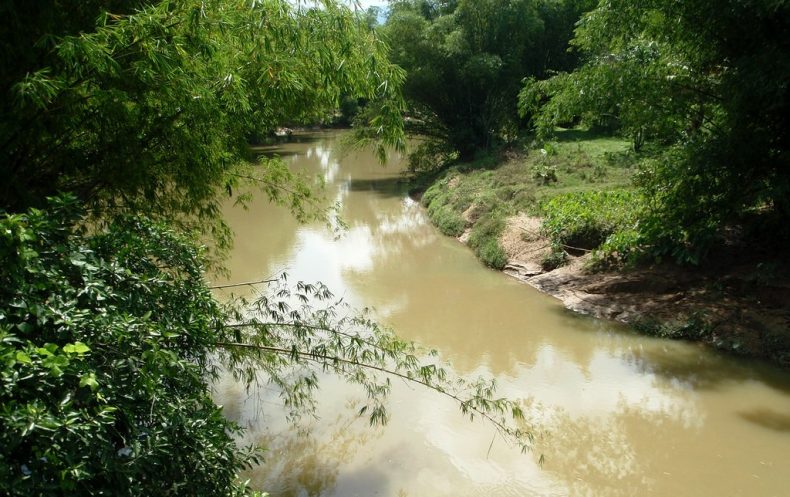 The Moyog River in Sabah is a scenic strip of water, which sustains communities alongside it. Photo Credit: Calvina Chua via Flickr

The Moyog River in Sabah is a scenic, meandering strip of muddy water flanked by villages, whose residents depend on it for sustenance, especially during the dry season.

Trouble is the river is badly polluted, which has caused plenty of hardships for locals in the district of Penampang, near Kota Kinabalu, who live alongside it. They have repeatedly petitioned the state’s authorities to do something about the river pollution and the rampant forest cutting that has exacerbated it, but reportedly to little avail.

So, in an example of do-it-yourself environmentalism, locals have now decided to clean up their river on their own.

Members of several riverine communities have banded together, with some help from local officials, for collaborative rehabilitation projects along the river. They will be planting trees on its banks to arrest soil erosion. They will be constructing public and private toilets with proper sewage systems to stop human waste from contaminating the river, which provides many locals with drinking water. And they will also be conducting awareness campaigns among local communities to educate people about the need for protecting their environment.

The aim is to restore the river to the way “it was in the past when our older generations could drink water straight from it and safely bathe in it,” according to a district official in Penampang who has been tasked with supervising the communal clean-up efforts. “To do this, I really need support from everyone,” she said. “Not just villagers living along the river but also those in town and city.”

The clean-up project is expected to take around five years and will require close collaboration among villagers. “We are very serious in protecting our catchment areas and our natural resources. It’s a big challenge but I believe we can achieve it,” the official, Luvita Koisun, stressed. “I expect the communities to be directly and actively involved in the cleaning-up project in their respective locations. They must have a sense of ownership of the river,” she added.

That’s the spirit! For the community project to work, local villagers will indeed need to take collective ownership of their river and treat it as their own valuable property whose well-being affects them personally (which it actually does). What they will need is some determination, focus and long-term commitment. Success will be sure to follow.