Conservationist calls for a Boycott of the Orangutan Rehabilitation Centre 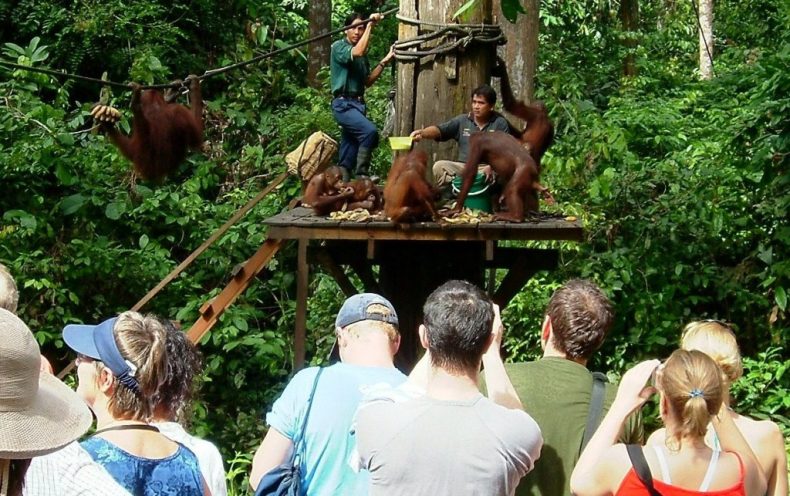 Yoda, a male orangutan, recently sneaked out of the Sepilok Orangutan Rehabilitation Centre (SORC) in Sabah, where he was a resident, and began to make his way to a nearby hotel where he was known to like cadging treats from staffers and tourists alike. He never made it. The orangutan was accidentally electrocuted on a power line.

To Upreshpal Singh, who is director of the Malaysian conservationist group Friends of the Orangutans (Foto), Yoda’s death is just the latest sorry episode that demonstrates that the government-run rehabilitation centre provides substandard care to orangutans while engaging in dubious practices. 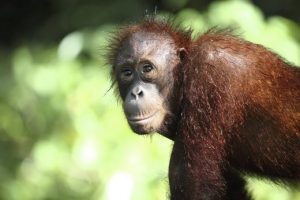 Yoda, a male orangutan in Sepilok, was recently electrocuted after he escaped from the premises. Photo Credit: Borneo Twenty Ten via World Nomads

Singh reels off several cases of alleged malpractice in Sepilok. By allowing thousands of visitors to come in contact with resident orangutans, the centre risks exposing the animals to human-borne diseases like tuberculosis and hepatitis, he says. Worse, the constant presence of visitors habituates the primates to humans, which means the animals will likely never be able to be released back into the wild.

“Some may argue that the small Sepilok-Kabili forest is a final release site for orangutans but at only 4,300 hectares it is actually a reserve for semi-wild orangutans,” the conservationist stresses. “Experts however are in total agreement that tourism should not be allowed in ‘forests’ where ex-rehabilitant orangutans roam freely and live.” He goes on to elucidate. “As a direct consequence of the massive tourism at SORC,” Singh notes, “there are now many habituated orangutans who will never be viable candidates for true release completely back to the wild into Tabin Wildlife Reserve in eastern Sabah.”

In fact, several orangutans have grown so used to the presence of people that they regularly approach them and may throw temper tantrums if they aren’t mollycoddled with treats, Singh says. Yoda was one of these orangutans.

“We were informed that a couple of orangutans used to smash equipment at a hotel outside SORC if they were not fed when they showed up. It all seems chaotic at SORC, doesn’t it?” Singh observes. Foto, he adds, has repeatedly contacted the Sabah Wildlife Department to warn officials “about the risks to habituated orangutans and visitors regarding tourism practices at Sepilok, but to no avail. All our emails to SWD to know its mitigation plans following Yoda’s death have gone unanswered.”

There have also been allegations that some of the resident orangutans that were known to harass tourists at the centre may have gone missing. Independent reports by visitors to Sepilok, such as this one posted by a concerned British tourist, have confirmed some of these allegations.

So what to do? Boycott the centre. That’s what Singh recommends local Malaysians and foreign tourists alike do so as to bring pressure to bear on its management to clean up their act.