Borneo remains a Hot Spot for the exotic meat Trade 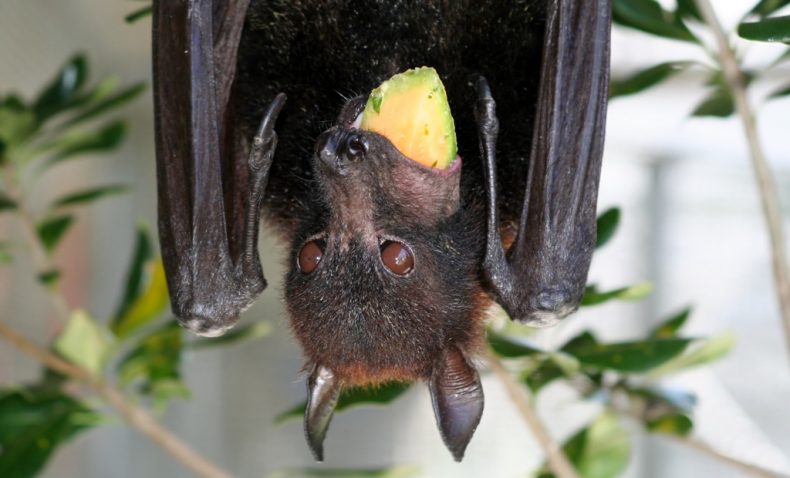 Malayan flying foxes are large fruit bats which face the prospect of extinction in the wild in Borneo because many locals see them as simply food. Photo Credit: Lubee Bat Conservacy

All right, let’s be frank: it’s often locals (not all of them, to be sure, but quite a few) who stand in the way of wildlife conservation in Borneo. For quite some time, officials in Sarawak and Sabah have been waging a battle, with varying degrees of success, against poachers, hunters and traders of illegal bushmeat among locals across the two states on the island.

And on the battle must go.

Among the latest incidents, three men were found to be carrying the carcasses of three bearded pigs and a mousedeer in their vehicle on the Paitan-Kanibongan road. The men are facing charges for violating the Wildlife Conservation Act 1997 by possessing protected wild animals without permits. Their arrest came right after three other groups of locals, in Tawau, had been nabbed over the previous days by police officers and wildlife officials for possessing Malayan flying foxes (Pteropus vampyrus), civet cats and bearded pigs. Last year more than 20 people ended up being charged for illegal possessing or selling wildlife in Sabah.

Bushmeat traders can be quite brazen, too. In Sarawak, locals selling exotic meat in full view assaulted wildlife officials from the Sarawak Forestry Corporation after the latter sought to shut down the illegal trade. One seller reportedly threw a bucket at members of the enforcement team when they tried to seize the illegal meat on sale, which included large chunks of mousedeer, monitor lizard and soft-shelled turtle meat.

Monitor lizards and soft-shelled turtles are protected under the Wildlife Protection Ordinance 1998, according to which anyone who offers for sale a protected animal or any recognizable part of it faces the prospect of one year in prison and a fine of RM10,000, or both. Ironically, the incident happened right around the time of World Turtle Day, which seeks to raise awareness of the plight of these unique reptiles.

Sadly, based on all the available evidence, plenty of people in Borneo are in the habit of breaking wildlife laws or, at the very least, turning a blind eye to people who do. Complicating law enforcement officials’ task is a pervasive culture of indifference about wildlife conservation among locals who see “nothing wrong,” in the words of a Forestry Corporation official, with selling and consuming the meat of exotic animals. “More efforts must also be made on education and awareness programs in schools, longhouses and villages,” he said.

It’s hard to argue with that.