Pedaling for Sharks and Orangutans 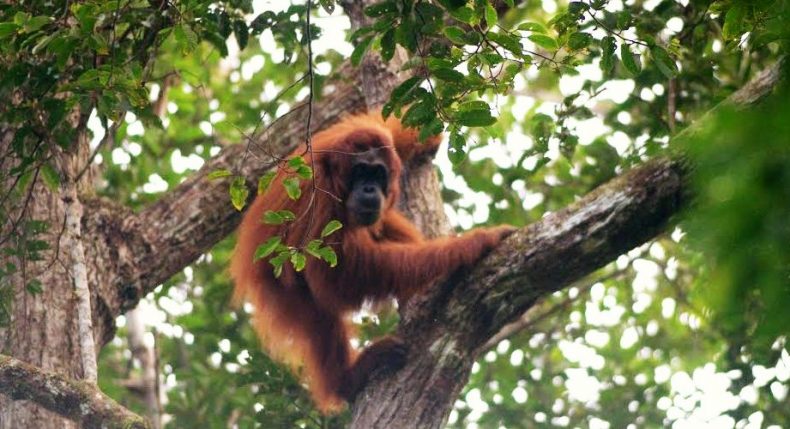 Orangutans in Sarawak need all the help they can get. Photo Credit: Ride for the Wild

On the morning of May 22, hundreds of people got on their bicycles in Kuching and started making their way en masse along two predetermined routes, one longer, another shorter. Clean good fun? Certainly. But by pedaling together, participants also hoped to contribute to a green cause. Or two causes, rather: the conservation of two endangered species – sharks and orangutans.

Organized by the Wildlife Conservation Society, Sarawak Biodiversity Centre and Swinburne University of Technology Sarawak Campus, the second annual Ride for the Wild event was held in Kuching on occasion of the United Nations’ International Biological Diversity Day. Proceeds from the event went to a local budget for educational activities about wildlife conservation. 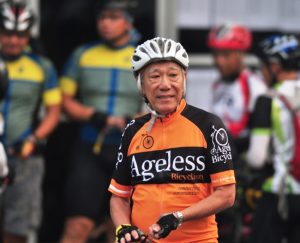 The day’s events featured a talk by a marine biologist about the threats facing the world’s shark populations. Back in the 19 century, participants were told, sharks were regularly sighted off the coast of Kuching. Not any more. They have long been hunted into near-extinction in the waters of Sarawak, regularly killed for nothing more than their fins, which are served as ingredients in a traditional Chinese dish.

Orangutans in the state have so far fared better, but barely just. Around 2,000 of them remain in the 14,000-hectare Ulu Menyang conservation area in Batang Ai, yet wild orangutan populations are facing constant risks from poachers and habitat loss.

Environmentally conscious Malaysians may end up feeling despondent, and perhaps rightfully so, at the sorry state of affairs in Sarawak, but what people must do is not despair but rather try and make a difference, however small, insisted Sudarsono Osman, permanent secretary at Resource Planning and Environment Ministry. “Many individuals feel they are too small to make a difference. Some of us feel insignificant, especially when we think of the problems of the world,” Sudarsono counseled. “A journey of a thousand miles begins with a single step,” he added. “As individuals we can contribute to shark conservation by not stop eating dishes like shark fin soup.”

He is right. Individual actions may seem trivial if taken singly, but collectively they may lead to significant change – even if you start off with a symbolic act by getting on your bike in order to help raise awareness of the need for shark and orangutan conservation. Better yet, though, you can actively contribute to wildlife conservation by donating your time and money for it.

Sudarsono has recommended Malaysians do just that by donating to the state’s Wildlife Conservation Trust Fund. “Obviously [most people] would not have the time to deal with orangutans directly, but by contributing to the fund, [they can help] people with the right expertise [to] get on with the conservation work,” he said at a press conference. “By contributing to the fund, [donors] will also be able to enjoy some tax benefits,” he added.

A win-win, in other words, both for donors and conservationists.

Tags: biodiversity in Sarawak, Ride for the Wild, wildlife conservation in Borneo