Tiger poaching incident in Indonesia serves up a Warning to Malaysia 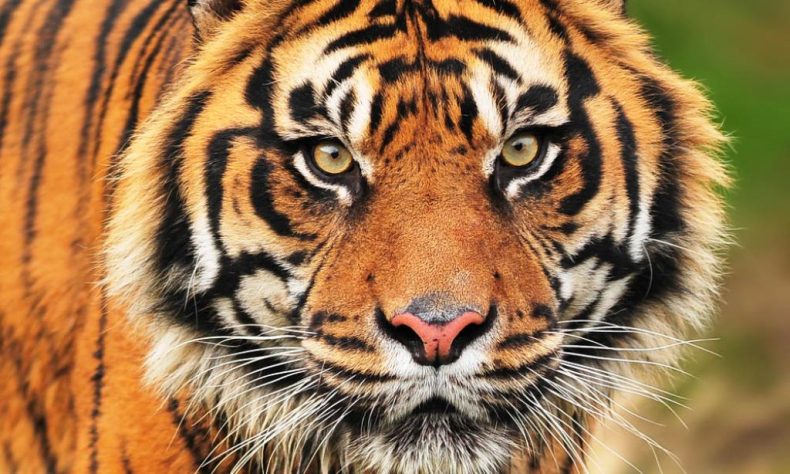 Just like their cousins in Malaysia, Sumatran tigers are critically endangered in the wild. Photo Credit: WWF

The ruthless murder of wild tiger continues, this time in neighboring Indonesia. Three men, who are believed to have been members of a wildlife smuggling ring, were arrested for poaching critically endangered Sumatran tigers in the protected forests of Mount Leuser National Park in Sumatra.

Police officials found tiger bones, teeth and several stuffed decorative tiger pelts at the men’s house, indicating that they had been hunting the striped predators for their body parts, which can fetch high prices on the black market. The body parts were most likely destined for eventual use in traditional Chinese medicine, which erroneously attributes magical curative properties to tiger parts in a throwback to age-old superstitions. The cache of endangered animals and their parts discovered at the smugglers’ house also included elephant tusks, a stuffed sun bear, a stuffed marbled cat, and a variety of other wild animals. 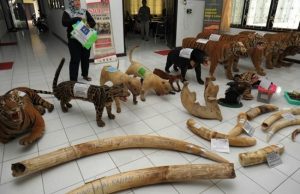 The illegal items discovered at three smugglers’ house in Indonesia contained a large cache of dead animals and their parts. Photo Credit: AFP

Like Malaysia’s iconic and eponymous Malayan tigers, Sumatran tigers are critically endangered with only 350 or so of them remaining in the wild and a mere 100 or so in Mount Leuser National Park. That is one reason why Malaysian animal lovers should care about what goes on across the border in Indonesia.

Another reason is that the international wildlife trafficking trade, with its sinister reach across the region, knows no borders, of course. Syndicates, if they can’t acquire wild tigers in Indonesia, might turn towards Malaysia to try and do so. That is why conservation efforts and law enforcement initiatives must be comprehensive and span borders.

Malaysia and Indonesia can also learn from one another’s successes and failures in how better to protect local tiger populations. Just like Malaysia, so Indonesia too has been grappling with the same issues while trying to save tigers from going extinct in the wild: extensive deforestation (a lot of it illegal); inadequate protection measures; unscrupulous locals who feel no compunction about murdering protected animals; international criminal syndicates operating in the country.

Lax law enforcement and lenient laws that prescribe penalties that aren’t harsh enough to serve as deterrents too play similar parts in both Malaysia and Indonesia. “We want harsher punishments, and I hope the parliament will act quickly to legislate these revisions,” Bambang Dahono Adji, a senior official at Indonesia’s environment and forestry ministry, told the Agence-France Presse news service. No doubt, many Malaysian officials and conservationists would echo that sentiment.

Tiger conservation efforts must be both local and global in their outlooks. Local efforts must serve to protect beleaguered wild tiger populations in situ, whereas comprehensive international cooperation is needed to clamp down on criminal syndicates that are often able to operate across national boundaries with impunity.