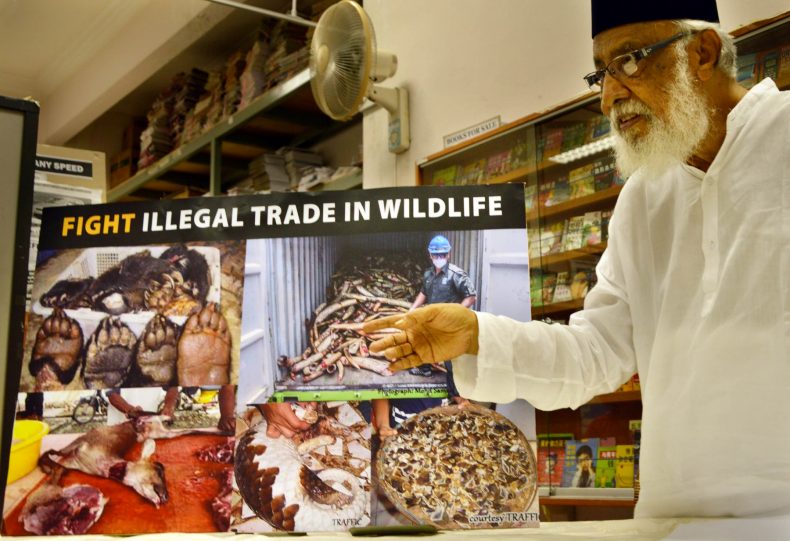 All Malaysians must work together to stop wildlife trafficking once and for all. If we don’t act decisively, many of the country’s most beloved and iconic species are doomed to die out.

That is the message of one of Malaysia’s best-known environmentalist groups, Sahabat Alam Malaysia (SAM). “If illegal wildlife trade is not curbed, then Malaysia’s 26 endangered animals (including the Malayan tiger, common otter and 11 species of bats) will go extinct,” the group, which was set up in 1977 with the aim of championing environmental justice, stresses in a statement. “Other animals in the ‘vulnerable,’ ‘near threatened’ and ‘of least concern’ categories are not safe either as poaching, illegal wildlife trade, possession of endangered species, and the consumption of animal parts as exotic food are decimating their population,” SAM adds. 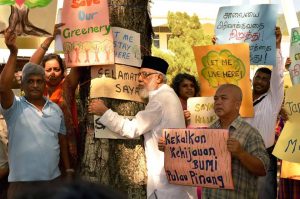 SAM president Idris and the group’s supporters at an environmental protest. Photo Credit: SAM via Facebook

The nonprofit has issued its renewed call for more comprehensive action against wildlife trafficking in the wake of a new UN report that identifies Malaysia as a global hub of the illegal trade. Endangered and protected animals – be they mammals, birds, reptiles, or marine creatures – are equally at constant risk from poaching and trafficking.

Meanwhile, Malaysia continues to serve as a regional transit hub for wildlife trafficking, a highly lucrative business accounting for billions upon billions of dollars in overall revenues worldwide annually. The country’s officials can often do little more than fight rearguard action against the well-funded and resourceful criminal syndicates that are behind much of the trade. “Enforcement efforts should also match with the level of growing involvement of sophisticated, well-funded and increasingly armed criminal organisations in the illegal wildlife trade,” SAM notes.

Hampering those enforcement efforts, however, is the unrelenting demand for the parts of exotic animals that are highly sought internationally as ingredients for traditional Chinese medicine. “Such fallacious beliefs,” as SAM puts it, in the medicinal properties of rhino horns and tiger bones have encouraged poachers to hunt endangered animals into near-extinction levels in Malaysia.

To stop rampant poaching and trafficking, the group recommends increased online surveillance of social media sites to monitor the activities of traffickers who are increasingly taking to platforms like Facebook to reach a larger clientele with ease across Malaysia and farther afield. The group also wants to see a comprehensive hunting ban enacted to protect all endangered species in Malaysia’s forests. “Don’t just ban the hunting of sambar deer. Stop issuing hunting permits for all wildlife,” stressed Mohamed Idris, the group’s president.

He has also called for harsher penalties for wildlife trafficking to serve as deterrents, in tandem with stepped-up educational programs in local communities to continue raising awareness of the need for wildlife conservation. “The tame enforcement efforts point to a lack of political will among those responsible at national and international levels for protecting wildlife species,” Idris said. “Strong deterrent measures such as heavy fines and longer jail terms must be imposed and enforced stringently.”