Cigarette Butts can be used to build Homes 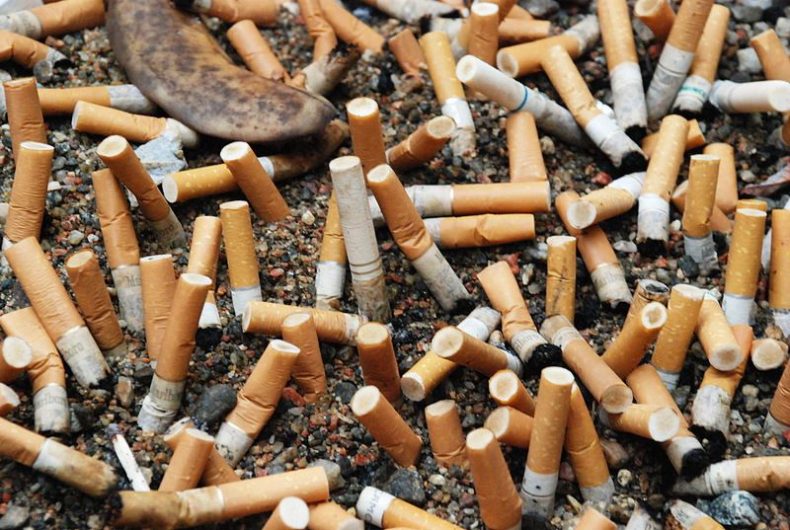 Discarded cigarette butts are a scourge on the environment. Photo Credit: Wikimedia Commons

Like it or not, Malaysia is a land of smokers. Four out of every 10 male citizens are habitual smokers, amounting to an estimated 4.7 million people. Many of them pick up the harmful habit as teenagers and continue it throughout their lives.

In the process they generate tons and tons of cigarette butts, which routinely end up as litter. To make matters worse, cigarette filters contain heavy metals like arsenic, chromium, nickel and cadmium, which can leach into the soil and water sources. The filters are not particularly biodegradable and can take long years to break down.

So smoking is not only bad for smokers; it’s also bad for the environment. And not just in Malaysia, of course. Globally, trillions of cigarette butts – 6 trillion in all – are discarded each year. And around 1.2 million tons of them end up as toxic waste, befouling land and sea alike. 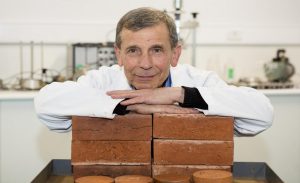 Dr Abbas Mohajerani with some of the fired clay bricks his team has produced with cigarette butts embedded in them. Photo Credit: RMIT

Now, though, comes a radical new solution to how to rid the environment of all those discarded fag ends: we can build houses from them.

Australian scientists have found a way to do just that by recycling them into fired clay bricks. A team of researchers at the Royal Melbourne Institute of Technology (RMIT), which has published its findings in the Journal of Waste Management, has found that clay bricks with as little as 1% cigarette butt content can cut brick production costs – while also helping clean up the environment on the side.

The bricks were also lighter and had better insulation properties, which would lead to reductions in heating and cooling costs for homes built from them. If done properly, the butts are lodged securely in the bricks with no chance of leaching their toxic contents into homes.

“Incorporating butts into bricks can effectively solve a global litter problem as recycled cigarette butts can be placed in bricks without any fear of leaching or contamination,” said Dr Abbas Mohajerani, a senior lecturer in RMIT’s School of Engineering who led the team. “They are also cheaper to produce in terms of energy requirements, and as more butts are incorporated, the energy cost decreases further.”

Mohajerani added: “I have been dreaming for many years about finding sustainable and practical methods for solving the problem of cigarette butt pollution.” More power to him and like-minded researchers who seek to solve environmental problems with simple practical solutions to them.