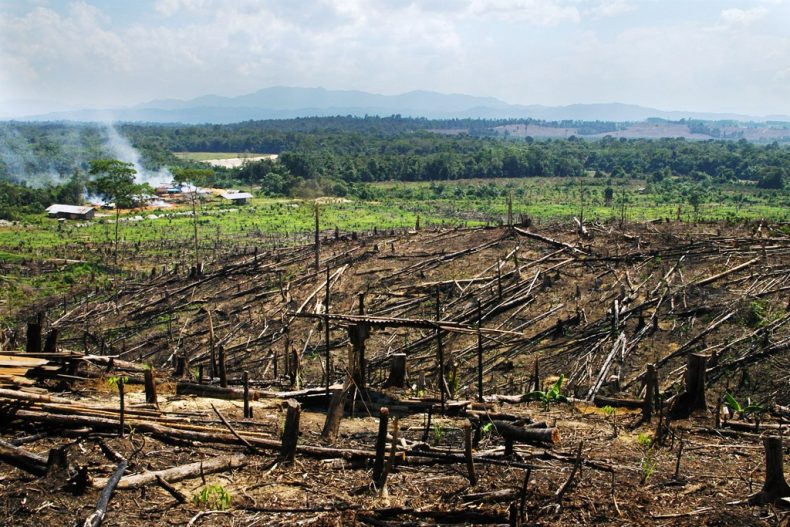 In a recent ruling the Roundtable for Sustainable Palm Oil (RSPO) has stripped Malaysia’s IOI Group, a leading global producer of palm oil, of its green certification. The reason: several of the conglomerate’s subsidiaries were found to have  been engaging in environmentally harmful slash-and-burn destruction of forests and peatlands in Indonesia.

In response, several multinationals like Unilever and Nestle dropped IOI as a supplier, hitting the conglomerate where it hurts most: its profit line. Needless to say, the company isn’t happy. It has decided to contest that decision by the RSPO, an industry supervising body consisting of green groups and plantation firms.

But here is where it gets interesting. IOI accepts the charges but not the decision based on them. In other words, the Malaysian conglomerate agrees that its Indonesian subsidiaries engaged in environmentally harmful slashing and burning (a finding that was amply documented by a green group), but insists that this should have been no cause for suspension.

Let Surina Ismail, head of sustainability at IOI, explain it in her own words. “We accepted the findings but the scope and breadth of the suspension all the way down to our refineries was a bit excessive,” she told the Reuters news agency in the company’s first public interview since the RSPO’s decision in April. “Of course we say the suspension was unjustified,” she insisted. “We felt like the naughty child in all this.”

As well they should have. Shouldn’t a company that professes to abide by international guidelines of sustainability be expected to monitor the conduct of its subsidiaries that are likewise expected to abide by those same rules? “Our rehabilitation is probably not what it should be” is all that Surina allowed in what seems like a bit of an understatement, to say the least.

It was the first time the RSPO imposed its ultimate sanction – the withdrawal of certificates from a company – and the company at the receiving end of the decision is still smarting from it. Such sanctions will be necessary if the palm oil industry, whose environmental reputation isn’t exactly stellar, is to regain a measure of public trust by adhering to stringent environmentally friendly practices.

“For companies that are trying to improve the … dire reputation of the palm oil industry, and maintain their access to market, the best thing they could do is to stop clearing forests,” Tom Johnson, head of research at the green watchdog Earthsight, told Reuters. “They should respect the rights of rural communities, obey the law and restore damaged peatlands.”