Poisoning Dory and Nemo with Cyanide 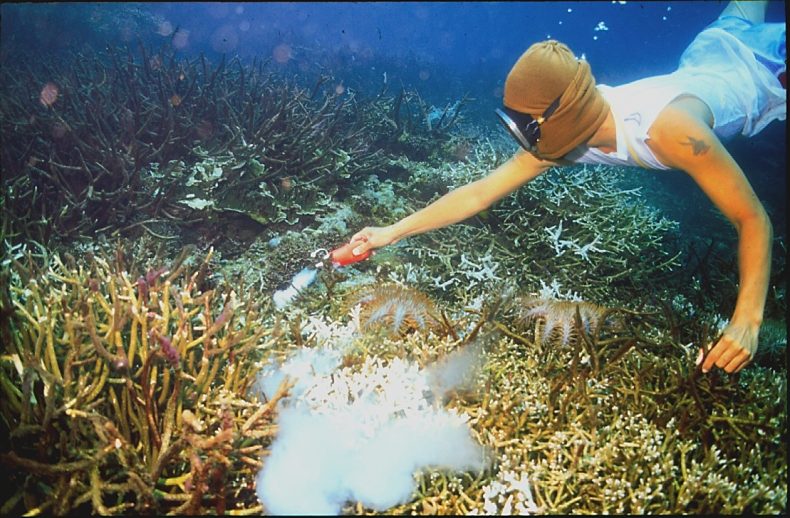 Tropical fish look oh so pretty in fish tanks but there is nothing pretty about the way they are captured in the wild. Fishermen regularly seize colorful fish by releasing cyanide into the water near corals where they live in order to stun the fish so they can be taken live.

According to a new study appropriately titled “Poisoned Waters” and published by the US-based Center for Biological Diversity and the conservationist group For the Fishes, millions of tropical reef fish taken each year for the international pet trade have been exposed to cyanide poisoning. The practice persists across much of Southeast Asia from the Philippines to Indonesia to Malaysia. Fishermen crush and dissolve cyanide tablets in squirt bottles filled with seawater and spray the bottles’ contents directly onto the reefs teaming with targeted fish. Thus stunned, the fish can then be gathered up with ease. 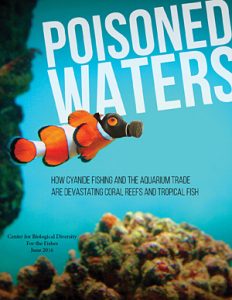 “In some cases 55-gallon drums of cyanide have been dumped overboard to capture fish,” the Center for Biological Diversity notes. “As much as 50 percent of all nearby fish are killed on contact, as well as nearby corals. Most of the fish that survive are then shipped to the United States and sold for aquariums.” The researchers said that more than half of the 100 exotic saltwater fish they bought from US pet stores tested positive for cyanide.

So now you know how many of those exotic ornamental fish – such as blue tangs and clownfish – end up in foreign pet stores. And as matters stand, demand for both species is set to increase further still thanks to the release of “Finding Dory,” Pixar’s animated sequel to its 2003 blockbuster “Finding Nemo.” The new film features the original’s two beloved protagonists: a blue tang (also known as a palette surgeonfish) and her clownfish friend, Marlin.

Of blue tangs alone, some 300,000 are sold worldwide each year, for as much as $170 apiece. As the species is difficult to breed in captivity, many of them are caught from the wild by help of cyanide fishing. “The ‘Dories’, the blue tangs, the ones I purchased, all had, except for one, very high levels of cyanide (in them),” said Craig Downs, an environmental researcher who worked on the project. “[They] did not survive beyond nine days after purchase.”

Needless to say, cyanide also poisons the reefs where the fish are captured. “If you throw a cloud of cyanide over (an already stressed) reef to stun all the fish … that reef is dead,” Downs said. “It will kill all the coral.”

What we can all do to stop the devastating practice of cyanide fishing is to stop buying blue tangs and other exotic fish caught the same way.