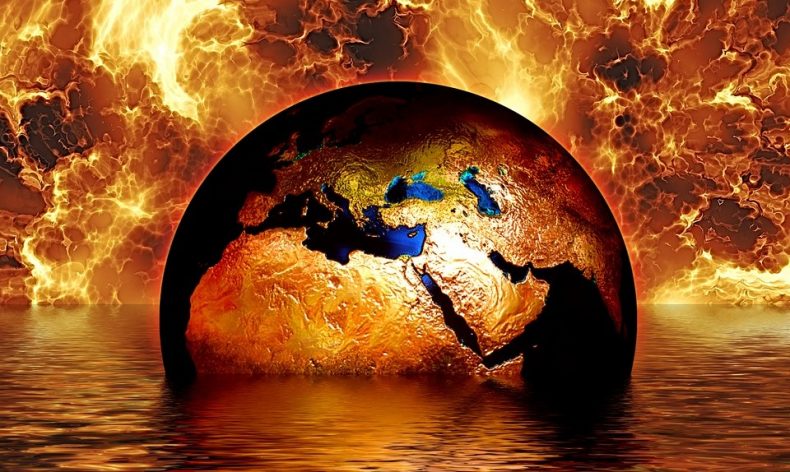 If you thought this past May was unusually hot even for the tropics, it wasn’t just you. Millions and millions of people around the world would have had the exact same impression.

And not without cause, either. According to data released by NASA and the US National Oceanic and Atmospheric Administration, last May was the hottest month on Earth since temperature records began to be kept in 1880. In fact, this past spring, not just May alone, was also the hottest on record in the Northern Hemisphere. 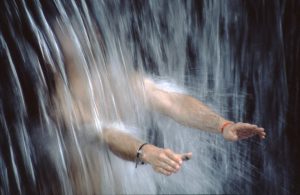 A Malaysian man seeks refuge from the heat at a waterfall. Photo Credit: Pixabay

And it wasn’t just the tropics, not by a long shot. Alaska, usually a land of frigid cold, had its warmest-ever spring on record. So did Finland, where temperatures in May were 3-5°C higher than average. In the Arctic, ice cover averaged 12 million square kilometers throughout May, which is nearly 1.4 million square kilometers  below the decades-long average recorded between 1981 and 2010.

“The state of the climate so far this year gives us much cause for alarm,” said David Carlson, director of the World Climate Research Program. “Exceptionally high temperatures. Ice melt rates in March and May that we don’t normally see until July. Once-in-a-generation rainfall events. The super El Niño is only partly to blame. Abnormal is the new normal,” he added. “The rapid changes in the Arctic are of particular concern. What happens in the Arctic affects the rest of the globe. The question is will the rate of change continue? Will it accelerate? We are in uncharted territory.”

Driving much of the relentless global warming has been the usual culprit: the steady build-up of greenhouse gases in the atmosphere. For decades we have been pumping CO2 into the air as if there was no tomorrow, come hell or high water (literally, as it happens, since a warming climate will turn much of the planet into a hellish landscape of arid desert with sea levels rising so high as to deluge vast stretches of shoreline around the earth).  In yet another new record, this past May 23 the concentration of carbon dioxide passed 400 parts per million at the South Pole as the last place on the planet to do so.

We can of course all do our part in reducing our individual carbon footprints by leading far more sustainable and environmentally friendly lifestyles. We can use public transportation instead of driving cars; we can stop wasting electricity in myriad ways, such as by powering down our electronic gadgets and air-conditioners when we don’t need them; and we can reduce, reuse and recycle.

That, though, won’t be enough to save the planet since there are seven billions of us (and counting) and even reduced carbon footprints add up in the end. Science may come to the rescue, however. Scientists worldwide are working on methods of “carbon capture” – ways, that is, to suck carbon dioxide out of the atmosphere for storage elsewhere – so as to reduce the amount of carbon dioxide in the atmosphere.

In Canada,  scientists are working on a system of “carbon engineering,” whereby they seek to draw carbon dioxide out of the air at an industrial scale with a view to turning it into fully green e-diesel fuel. CO2 recycling plants are meant to do this by combining carbon dioxide with hydrogen split from water to create hydrocarbon fuel, which can serve as an alternative renewable energy source. The Calgary-based company wants to build several plants for sucking millions and millions of tons of CO2 out of the air, thereby preventing more carbon dioxide from entering the atmosphere or perhaps even reducing already existing concentrations of CO2 in it.

Ambitious? Certainly. Impossible? No. If we are to tackle anthropogenic climate change, of which we have been the authors, science and creative ideas must play a vital role. Luckily there are plenty of those. 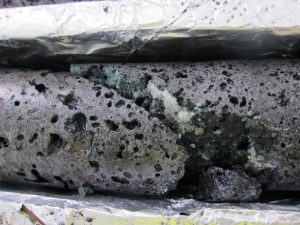 Here is another: An international team of scientists working in Iceland on the CarbFix project has figured out a way to turn atmospheric carbon dioxide into rocks. They have managed to do this by pumping atmospheric CO2 underground where it can be altered chemically to form solid rocks, thereby safely locking up tons and tons of the greenhouse gas. Specifically, they mixed carbon dioxide and hydrogen sulphide produced by a giant geothermal plant in Iceland with water and injected the resulting substance into the volcanic basalt underneath the plant.

The whole process can be done within a relatively short period of time, the researchers explain in a paper published in the journal Science. “Our results show that between 95 and 98 percent of the injected CO2 was mineralised over the period of less than two years, which is amazingly fast,” said geo-engineer and lead researcher Juerg Matter.

Singly, such promising lines of research, if they pan out, can help us drain the atmosphere of some excess carbon dioxide. In combination, they might help us tackle climate change more successfully. Here’s hoping that they will do.