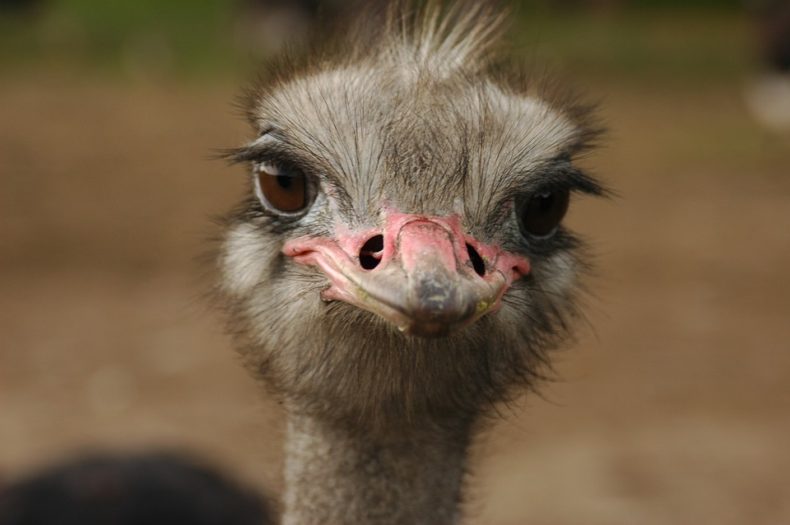 An ostrich poses for the camera. Photo Credit: Pixabay

On a recent afternoon motorists heading along the Federal Highway were treated to an unusual sight: an ostrich legging it in a fast lane on the way to Kuala Lumpur. The bird was sprinting at an estimated speed of 35km/h.

“It started out on the slow lane then it went to the emergency lane. Then on the emergency lane it overtook a car and ran across to the fast lane. It was just switching lanes here and there,” a motorist who posted a video of the runaway ostrich on social media told The Malay Mail Online.

Should we put this down as a star of myriad Internet memes with several companies cashing in on the bird’s newfound fame by co-opting her for new online ads. 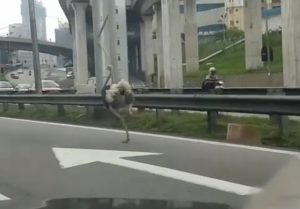 Chickaboo legs it along the Federal Highway. Photo Credit: Jeff Sandhu via Facebook

According to Darren Chow, her owner, Chickaboo jumped out of his Toyoya’s open window while she was being transported back home after she had been featured in an animal education program for children earlier the day. “I didn’t expect the amount of publicity (that ensued) and it’s overwhelming in such a short period of time,” Chow, who participates in education programs about animals for children, told Channel NewsAsia. “It’s an ostrich, my ostrich, my pet. This is going overboard!”

That’s commendable. Ostriches need plenty of space for sprinting around to their heart’s content as is their wont in the wild, and few private owners can afford to give them that much space in their backyards. Beyond concerns of animal welfare, however, there are also safety issues involved in keeping ostriches as pets. The large flightless birds are generally harmless but if provoked they can inflict severe (and potentially deadly) harm on people with their powerful kicks. “If kept in the vicinity of one’s house, the bird can pose a threat if it escapes, potentially harming people around it,” said Kanda Kumar, an adviser for the Malaysian Nature Society.

Chow insists he bought Chickaboo to use her in his educational programs. “Why did we get Chickaboo?” he explained. “It’s to educate children as part of our campaign to accept animals as part of our lives.” That, too, is commendable.