Pet Monkeys attack two young Children. Who is to Blame? 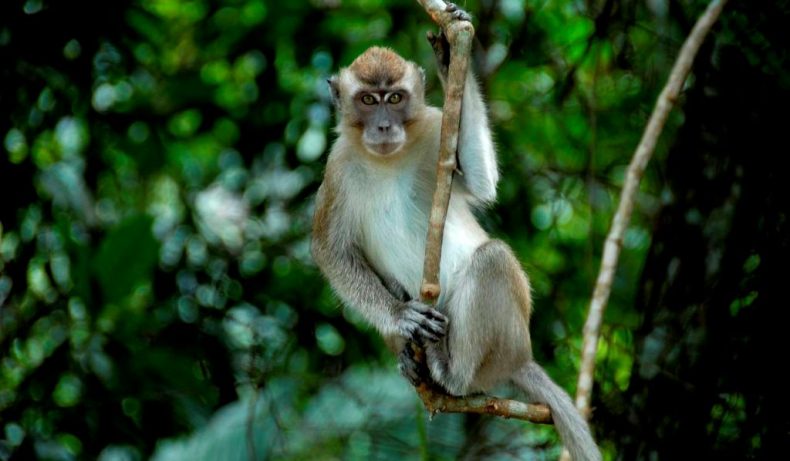 A long-tailed macaque perches on a tree. Monkeys belong in the wild, not in the backyard of people's homes. Photo Credit: Wikimedia Commons

Wild animals generally do badly in captivity. Nor do they make good pets. It’s not as if we needed any more proof of these well-known facts, but if we did, the news that two children were bitten by pet monkeys in two separate incidents should provide the evidence.

In a village in the district of Pendang in Kedah, a six-year-old girl was seriously injured when a macaque owned by a neighbor and kept on a chain bit her on the calf while she was playing outdoors with her friends. Meanwhile, in the district of Dungun in Terengganu, a young toddler was scratched on the face by another monkey which was too kept on a chain (in the family’s backyard) when her mother carried the child near the animal. It was the second time the monkey had lashed out at the child, the family said. Both girls required surgery for their wounds.

The macaque in Kedah was later shot by wildlife officials and villagers for attacking the child. So there you have it: two young girls seriously injured and one dead macaque. 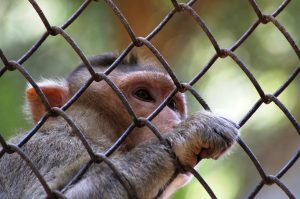 A rhesus macaque peers through the mesh netting of its cage. Photo Credit: Pixabay

And whose fault is that? Hint: it’s not the monkeys’. When wild animals kept as pets attack, we routinely blame the animals, but it is rarely their fault. Monkeys around the region, including Malaysia, are often kept as pets, which they should not be. Whereas they may learn to cohabit with humans, monkeys show little tendency to become truly domesticated. They generally remain quite a handful and difficult to handle.

Being tied up most of the time hardly helps matters: it deprives the animals of their freedom of movement, thereby reducing them to a state of permanent confinement and quiet desperation. In frustration the animals may become bad-tempered and prone to lashing out, especially when they feel threatened. To make matters worse, people often neglect, mishandle or even abuse their pets, causing the animals plenty of suffering and distress.

Even tiny marmosets require plenty of space and constant stimulation to be able to give vent to their natural curiosity and penchant for exploring. In addition, monkeys are social animals and being kept alone for long periods of time causes them undue stress. Sadly, though, their owners often do not know or care about the myriad needs of their animals, nor are they able to provide their pets with sufficient space, enrichment and nourishment. Monkeys belong in the wild, not in people’s backyards and living rooms.