Ivory bound for Malaysia is seized in South Sudan 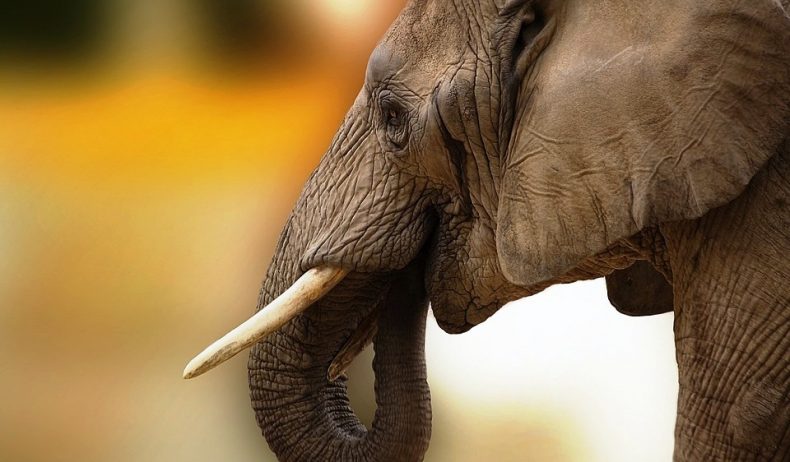 Thousands upon thousands of African elephants are slaughtered each year for their tusks. Photo Credit: Pixabay

Wildlife traffickers have a global reach. We’ve long known this sad fact, of course, but if any more proof of it is needed, here it comes: 1.2 tons of African elephant ivory was recently seized at Juba International Airport in South Sudan. The shipment had originated from Entebbe in Ethiopia and was on its way, via Cairo in Egypt, to Kuala Lumpur in Malaysia. From Malaysia the shipment of ivory would likely have been transported farther afield in Southeast Asia.

Located in northeast Africa, South Sudan is the planet’s newest nation, having gained independence in 2011 after a decades-long war with North Sudan. It is also one of eight countries that are partners in the Horn of Africa Wildlife Enforcement Network initiative, which seeks to combat wildlife crimes through cross-border collaboration in a region that is fast emerging as a major hub of global smuggling networks. 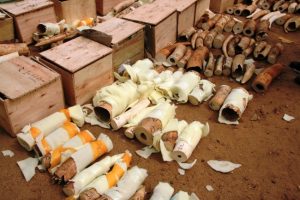 A shipment of African ivory, which was on its way to Malaysia, has been seized in Juba, the capital of South Sudan. Photo Credit: IFAW

“This new seizure at an unexpected location shows that we must act now to protect elephants,” commented Azzedine Downes, president and CEO of the US-based International Fund for Animal Welfare. “It takes a network to defeat a network. We must join forces across borders, among non-profit organizations and government agencies.”

The same applies to Malaysia as well. Despite long-running efforts to roll back the trade, Malaysia remains a global transit point of wildlife trafficking, much of which is conducted by criminal syndicates with brazen audacity. They clearly think nothing of continuing to send large shipments of illegal goods by air in the full knowledge that corrupt or negligent officials en route may turn a blind eye.

To their credit, Malaysian officials have made demonstrable progress in impeding the work of international smuggling rings. In March customs officials at Kuala Lumpur’s international airport intercepted two shipments of ivory from Africa on a single day. The haul amounted to 159kg in total and would have been worth around $382,000 (RM1.56 million) on the international black market.

A month later, officials destroyed 9.5 tons of confiscated elephant tasks in a publicized event, whereby they hoped to warn smugglers  against continuing to use the country as a transit point. Between 2011 and 2014 alone, a total of 4,624 ivory tusks were confiscated in Malaysia from smugglers, mostly at Malaysia’s sea routes.

Yet despite such setbacks, wildlife traffickers remain relentless as the seizure of ivory in South Sudan amply demonstrates. We need to remain vigilant.