Traditional Medicine is a Total Menace 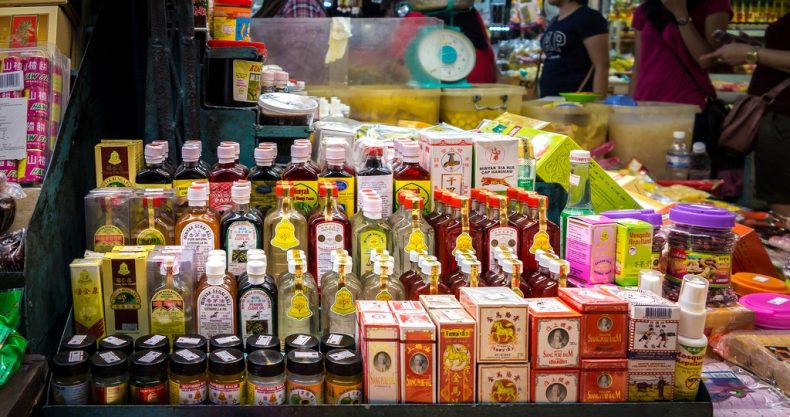 Traditional medicines offer panaceas for all manner of ailment but at a terrible cost to ecosystems. Photo Credit: stratman via Flickr

Traditional Chinese medicine – or most of it at any rate – is utter tosh. Rhino horns, whether consumed in powered form or any other, do not cure gout or rheumatism, much less cancer. Ground tiger bones or whiskers do nothing to alleviate meningitis or malaria, nor does the consumption of certain body parts of tigers make men more virile. The bile of sun bears is hardly an effective remedy for hemorrhoids, conjunctivitis or hepatitis. At best, such “cures” can provide the benefits of the placebo effect. 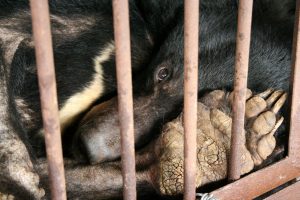 A moon bear languishes in a cramped cage at a bile farm. Photo Credit: Animals Asia

And yet millions of people across the region – from China to Vietnam to Singapore and Malaysia – continue to believe in the curative properties of exotic animal parts despite there being no scientifically verifiable evidence of their medicinal worth whatsoever. Many of those people are also willing to shell out small fortunes for such quack remedies and go to great lengths to obtain them. Then again, often they do not need to search all that hard. Many apothecaries peddling “traditional Chinese medicine” (usually for exorbitant prices) are well stocked with “tiger bone wine,” bear bile tonics and rhino horn-infused ointments.

These “traditional” cures are atavistic throwbacks to a primitive superstitious view of the world that would have us believe that by consuming parts of an animal we can imbibe its natural properties. According to traditional beliefs, for instance, consuming turtle eggs guarantees a long life, the rationale being that turtles have long lives and therefore eating their eggs will help people live longer too. It’s rank nonsense, of course.

In the same vein, traditional Chinese remedies are frequently used for nonexistent maladies. The horn of rhinoceroses (animals that the ancient Chinese mistook for mythical unicorns) is still at times prescribed for “demonic possession,” an imaginary condition if ever there was one. Meanwhile, most traditional medicines obtained from exotic animals are useless at best and positively harmful at worst. Anyone treated for snakebite with rhino horn risks a painful death. Nor can rhino horn “purify” putrid water and make it safe for drinking, as many a practitioner of traditional medicine would have it. Rhino horn is, let’s remind ourselves, made of keratin, the selfsame substance that comprises human nails. You might as well be chewing those for the exact same medicinal benefits: none.

And there is more. Several mixtures employed in traditional medicine are known to contain naturally occurring toxins and hazardous contaminants, which can cause a variety of debilitating diseases from kidney failure to cancer. In a recent study of patients with cancer of the upper urinary tract in Taiwan, where traditional Chinese medicine remains all the rage, researchers found that 84% of them showed prolonged exposure to aristolochic acid, a common ingredient in traditional medicines. Some cures! 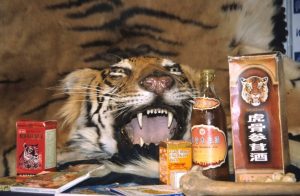 Tiger bone wine is believed to cure a variety of serious diseases. It does nothing of the sort. Photo Credit: Pixabay

Despite all that, traditional Chinese medicine is enjoying a renaissance of sorts in Asia and farther afield with hundreds of millions, if not billions, of dollars’ worth of it sold both in brink-and-mortar apothecaries and their online varieties. In China itself, the country’s booming economy has been a boon to traditional medicine with more and more people now having the financial wherewithal to pay for overpriced brews, concoctions, tonics, plasters and ointments in the belief that these are the key to a long and healthy life.

All this is bad enough. What’s worse is that such persistent beliefs in quack remedies have come at a terrible cost to wild animals and their ecosystems from Malaysia to Cambodia and from Indonesia to Thailand. Tigers have been poached to the brink of extinction; wild rhino populations have been decimated; countless sun and moon bears have been condemned to fates of lifelong misery at “bile farms” in Vietnam and Laos, where they are subjected to intolerable abuse. Poaching, fueled mainly by traditional medicine, has reached epidemic proportions across much of Asia, Africa and elsewhere. Even as the number of tigers, rhinos and turtles dwindles, the price of any remaining animals increases exponentially on the illegal wildlife market, thereby providing yet more incentives to poachers to hunt critically endangered species.

Even if traditional cures made from animals did have some healing properties, they would still not justify all the pain, suffering and death inflicted on wild and captive animals alike in order to obtain those cures. In their quest to be healthy, consumers of traditional Chinese medicine are making ecosystems very sick indeed.