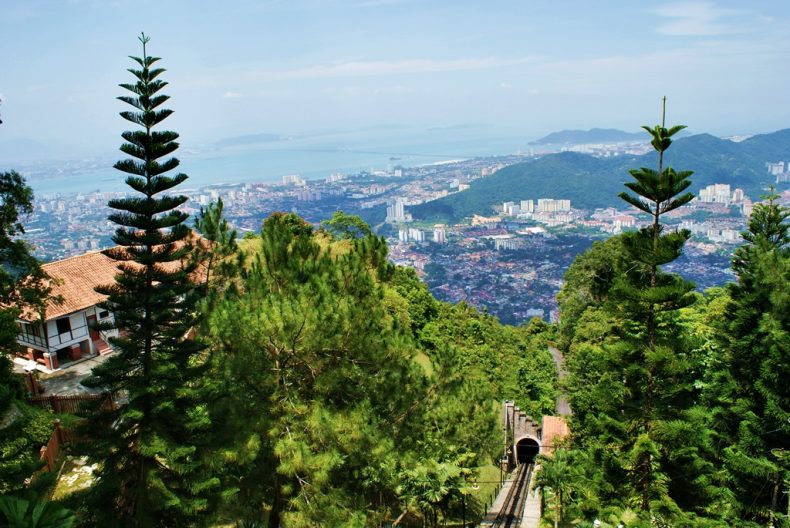 Stop encroaching on hilly areas and stop cutting down trees. At once!

So demands the well-known Malaysian conservationist group the Association for the Protection of Natural Heritage of Malaysia (Peka) in a message delivered to the authorities in Penang. The ceaseless reclamation of green areas for development has raised the prospect of an environmental catastrophe in the scenic island, Peka insists. “The hill-clearing activities have caused the environment in Penang to be in a critical situation,” the nonprofit’s president Shariffa Sabrina Syed Akil, a Penang native, stressed at a press conference. “The hill-chopping must stop now. Enough is enough.” 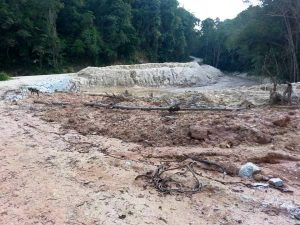 An ugly patch of dirt has taken the place of trees on top of “Bukit Botak.” Photo Credit: rexymizrah

To drive home her point, she showed off pictures of Bukit Relau, a forested hill that has come to be known locally as “Bukit Botak” (Bald Hill) following the illegal clearing of a large patch of forest on it. Where thick woods once grew there is now an ugly bare eyesore. After a public outcry, the island’s Chief Minister Lim Guan Eng announced in January that no development for residential use would be allowed on top of the partly deforested hill. “The site will not get residential development approval on top of the hill, maybe at the bottom,” he said.

Shariffa wants to see the denuded hilltop fully rehabilitated as soon as possible. “The stripped hills are obscene and we cannot bear the sights of looking at the bald patches,” she said. “Something must be done immediately to rectify the worsening stripped hill portion immediately.” She wants local authorities to “be more proactive in addressing the issue of land encroachment at a more serious level before more hills throughout Penang are sacrificed.”

Penang is renowned worldwide its cultural and architectural heritage. Without its scenic forests, however, the island would lose most of its unique charm that has made it a popular tourist destination. Sadly, some developers eye only the prospects of lucrative investments and clearly could not care less about the health of the island’s natural environment. According to official figures, more than 100 hectares of land has already been cleared on the Penang Hill range, much of it illegally, leaving unsightly bald patches.

The state’s authorities have pledged to prosecute developers who clear forests illegally, but a local civic society, Chant Citizens Awareness Group, says that culpable developers shrug off such threats. “Hills have been cut, historical buildings have been demolished illegally, but [an offending] company would only pay a small fine under the Street, Drainage and Building Act 1974,” explained Yan Lee, an adviser for the group.

Only throwing the book at unscrupulous developers with the full force of the law might change that.