Oil-eating Bacteria could help us Clean up Spills 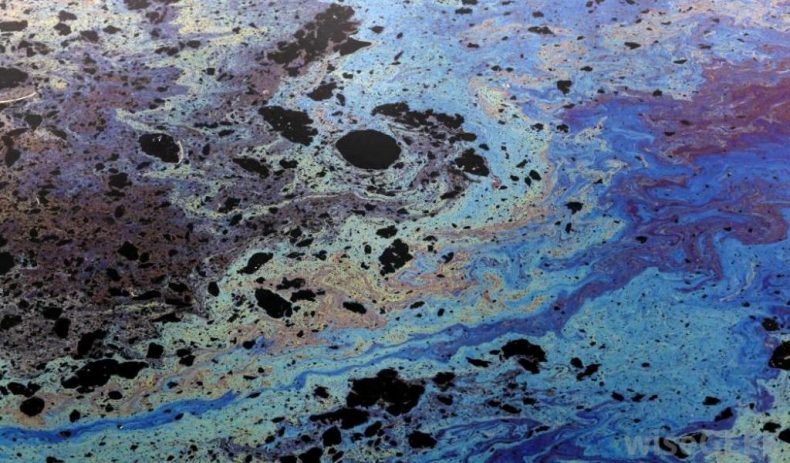 Oil spills can have disastrous effects on the environment, but some bacteria can be co-opted to help clean them up. Photo Credit: Wide Geek

In H. G. Wells’s classic work of science fiction “The War of the Worlds” humble bacteria come to the rescue of humanity by wiping out the Martian invaders. Outside of science fiction, though, seldom do we think of bacteria as our natural allies and for good reason: microbes can cause us plenty of harm, such as by making us sick. Yet it’s high time perhaps that we reevaluated our relationship with these microscopic organisms, or at least some of them.

That is because numerous types of bacteria can be co-opted to serve as our useful allies in combating environmental ills, many of which are of our own making. A  species of bacteria, Ideonella sakaiensis, feeds on a common type of polyester and may help revolutionize recycling by metabolizing large chunks of plastic waste. Other types of bacteria, meanwhile, could – wait for it – help us clean up oil spills by chowing down large quantities of oil.

Say hello to marine microorganisms that can degrade several major chemical components of oil by using these hydrocarbons as a source of energy. By doing so, they can effectively assist in clean-ups following oil spills. First, though, scientists had to figure out which bacteria were the most efficient oil-eaters and why. Two scientists at the University of Texas at Austin in the United States have done just that by decoding the genes that enabled these microbes to metabolize oil.

“We successfully identified bacteria that degraded each of these compounds, and were surprised to find that many different bacteria fed on aromatic hydrocarbons, even though these are much harder to break down,” they write in an article. “Some of these bacteria, such as Colwellia, had already been identified as factors in the degradation of oil from the Deepwater Horizon spill (in 2010 in the Gulf of Mexico), but we also found many new ones.”

They go on to elucidate: “This included Neptuniibacter, which had not previously been known as an important oil-degrader during the spill, and Alcanivorax, which had not been thought to be capable of degrading aromatic hydrocarbons. Taken together, our results indicated that many different bacteria may act together as a community to degrade complex oil mixtures.”

And that’s good news. Oil is toxic to many bacteria, but it turns out that some bacteria can not only tolerate oil but positively thrive in it by feeding on it. The task is now, the researchers say, to figure out how to nurture these latter bacteria en masse in seawater at oil spills. Once that is done, the microbes might perhaps end up helping out one day in Malaysian waters, where the threat of oil spills has been ever present.