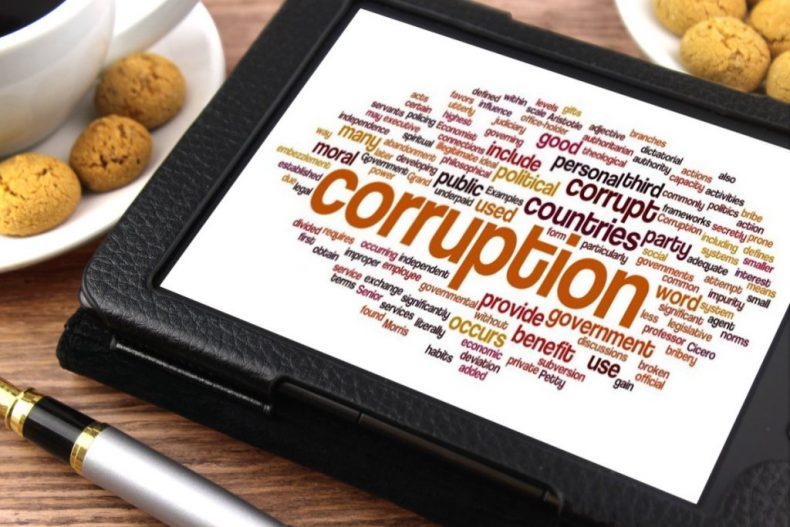 Pervasive corruption and a culture of impunity in Malaysia are a threat not only to the country's social environment but to its natural environment as well. Photo Credit: The Blue Diamond Gallery

Despoiled soil. Poisoned water. Polluted air. The bauxite mining fiasco in Pahang triggered a massive environmental disaster in Kuantan last year. Yet if you were to have asked local officials about who had been responsible, you would have received the usual response: “Not us!”

Earlier this year a couple of officials were indeed held responsible for their parts in allowing unlicensed operators to break the law. The two officials, who worked for the state’s Land and Mines Office, were charged at the Special Courts for Corruption in Kuantan for allegedly accepting bribes to turn a blind eye to illegal bauxite mining activities. 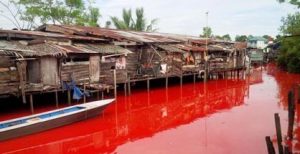 A river in Kuantan turns red during the bauxite mining fiasco in Pahang. Photo Credit: GERAM via Facebook

Fadly Abd Malek, an assistant land officer, was slapped with two charges of corruption for having allegedly accepted RM35,000 and RM30,000 in bribes from a local miner, respectively last November and in January, in return for allowing the miner’s illegal activities to go unimpeded. If convicted, Fadly could be sentenced to a maximum of 20 years in prison and a fine of five times the transacted amount. Syed Umar Khalil Syed Khalid, assistant director of enforcement, is facing a charge of complicity in the crime by accepting RM30,000 from the same miner. Both Fadly and Syed, who are out on bail, pleaded not guilty.

How about anyone else? It’s hardly feasible, after all, that only these two gentlemen were involved in turning a blind eye to rampant illegal bauxite mining activities throughout last year. True to form, however, Pahang’s senior government officials have denied any wrongdoing and refused to take any responsibility for the massive environmental damage that happened on their watch. The state’s MB, Adnan Yaakob, defended his administration’s actions, which had been widely decried as halfhearted and ineffectual, and stressed he did not want to “play the blame game.” Presumably he meant either “stop blaming me” or “don’t ask me to blame any of my esteemed colleagues,” or both. In any event, his stance highlighted the entrenched culture of impunity among senior officials in Malaysia.

It’s this culture of unaccountability that has long hampered effective environmental protection measures in a country that is world-famous for its stunning biodiversity but also notorious for its rampant environmental degradation. Malaysia has strong environmental laws on the books, but they routinely remain either unenforced or selectively applied. One of the reasons for that is that negligent officials know full well that should they fail to do their duties properly (as is routinely the case) it’s unlikely that they will ever have to take responsibility or face the consequences beyond perfunctory slaps on the wrist at worst.

Let’s be honest: in any country where the rule of law is rigorously upheld and equally applied to citizens any self-respecting official in the position of Adnan would have promptly resigned, or been forced from office, following the public outcry nationwide about the bauxite mining disaster. That this did not happen in Malaysia tells us something about the state of affairs in officialdom. Although Malaysia is relatively “clean” in terms of corruption by the dismal standards of Southeast Asia, it falls well short of advanced Western democracies, whose ranks it is seeking to join. 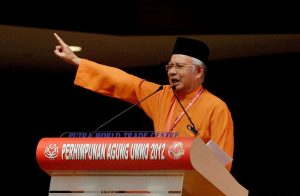 It has hardly helped matters that the country’s ruling party has become so entrenched in government for decades that its senior members often act as if they owned the country. “The ruling Umno-led coalition has remained in power since 1957 through electoral manipulation, censorship, intimidation and use of criminal statutes to punish political opponents,” Human Rights Watch writes in its World Report 2016. “After losing the popular vote in the 2013 elections – but maintaining a legislative majority through gerrymandering – the government renewed its crackdown on freedom of expression and peaceful assembly and passed new laws permitting preventive detention without charge.”

A case in point has been the way Prime Minister Najib Razak has been blithely shrugging off charges of massive and well-documented corruption (to the tune of billions of dollars) as if nothing had happened. His administration has gone out of its way to silence critics, thereby helping further undermine the already weakened rule of law in the country. “Najib’s government is undermining the country’s fundamentals,” an op-ed writer in Hong Kong’s South China Morning Post contends. “He is putting political survival ahead of Malaysians’ interests. Business and foreign investment will stay away until he embraces open and inclusive politics.”

Needless to say, in a country where human rights abuses and shady government machinations persist, we can hardly expect stellar performance from government officials when it comes to environmental protection. Pervasive corruption and  a culture of impunity in Malaysia are a threat not only to the country’s social environment but to its natural environment as well. Both Malaysian people and the country’s wild inhabitants deserve much better.