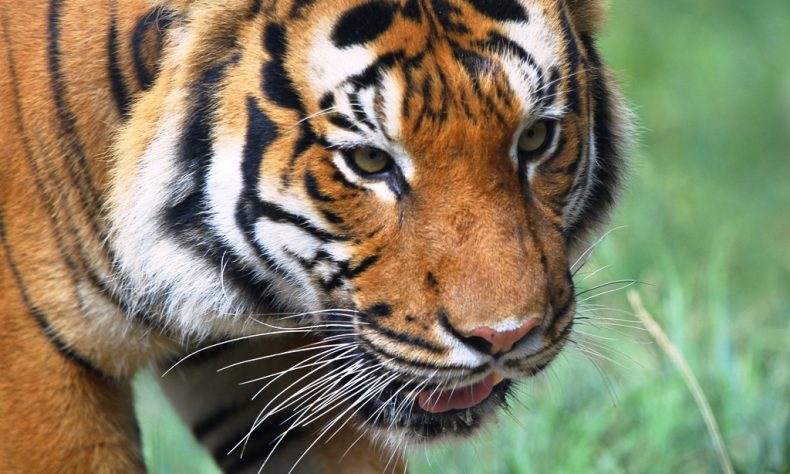 Malayan tigers, beautiful creatures as they are, are very photogenic. But they belong in the wild and deserve better than to be used in commercials and as props at staged events. Photo Credit: Wikimedia Commons

If you needed any more proof of the wanton disregard people worldwide have for wild animals, you got it recently when news came of a jaguar being shot dead following an Olympic ceremony in Brazil. What was the jaguar, not being a sports fan presumably, doing there? The feline was used in an Olympic torch ceremony (against its will) and when it escaped from its handlers the animal was shot dead by a soldier. So much for the Olympic spirit of nonviolence eh. 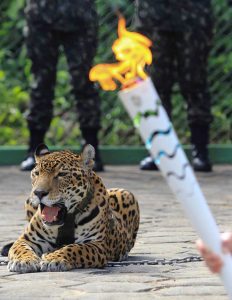 Sad, yes, but should Malaysians care? Brazil is quite a way away, after all. Yes, they should indeed care, argues Mohd Idris, president of the high-profile environmentalist group Sahabat Alam Malaysia (SAM) in Penang. What happened to that poor jaguar in Brazil could easily happen here in Malaysia, where wild animals are likewise routinely used in a variety of promotional ways. That must stop, insists Idris. He is calling for a ban on the use of wild animals, even if they have been tamed, “in ads or any other human activity.”

“An awesome and powerful animal has lost its life because humans decided that it should be kept in captivity and, later, paraded in front of spectators for the purpose of exhibition and entertainment. Human stupidity and ignorance led to the unfortunate shooting,” the environmentalist writes in an op-ed. “And there are some who think that jaguars are pets that can be chained up, forgetting that the animals, like all big cats, need to live freely in the wild, roaming in areas covering hundreds of square kilometres.”

He makes a perfectly good point. In Malaysia, it’s tigers, the Asian brethren of jaguars, that are exploited endlessly in similarly callous manners. Even as cartoon tigers remain hugely popular as mascots and are widely used as gimmicks to sell everything from designer bags to beer, real-life tigers have fallen on very hard times in the wild across the country. It seems that many Malaysians do love these beautiful and powerful predators, but can still muster little concern over their fate in their shrinking habitats.

Idris cites the example of a hapless tiger cub used in a Malaysian commercial for a milk product for children. The commercial was supposed to be “cute” but it was anything but. “In the ad,” Idris writes, “a tiger cub is surrounded by noisy children. The cub then runs away. The advertiser failed to realise that the cub experienced fear and anxiety due to the noise made by the children.”

We must, he counsels, leave wild animals alone and where they belong: in the wild. Agreed.