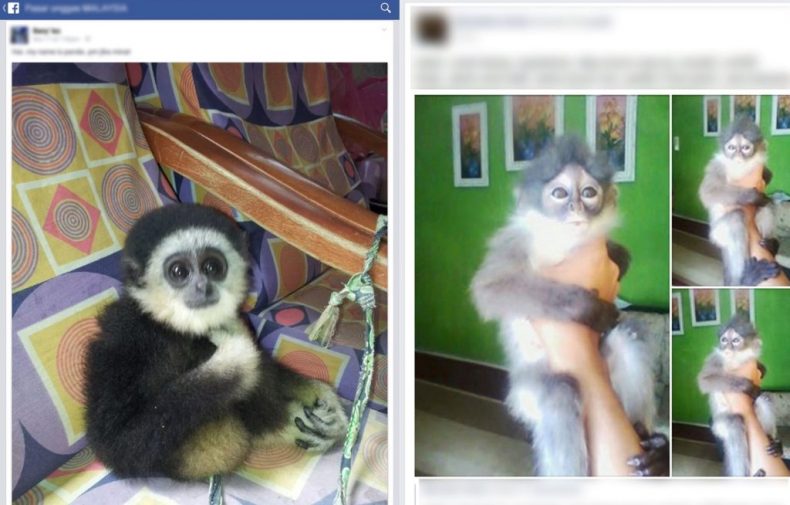 Fifty-nine. That’s the number of Malaysians who have been nabbed since 2014 for selling protected species online illegally. Twenty-six of them have already been sentenced; the rest are awaiting trial.

This is according to Natural Resources and Environment Minister Wan Junaidi Tuanku Jaafar, who has touted the number as proof that wildlife officials mean business when they say they are going after online traffickers. They have their work cut out for them. Malaysia has become a hotbed of the online trade in protected species with scores of social media groups specializing in it.

To complicate matters for wildlife officials who are keeping an eye on the online wildlife trade, many people in these groups are otherwise law-abiding citizens. They appear to think nothing, however, of selling or buying protected and “exotic” animals, especially “cute” ones, as pets. They are either unaware of laws that prohibit the sale of protected species or willfully turn a blind eye to them. In any event, ignorance of a law is no excuse for breaking it.

“Usually individuals who are interested will buy the wildlife at pet stores, but now they [can also] purchase online in line with current global business developments,” Wan Junaidi said. “Online purchase is further supported by widespread Internet access and sales are carried out faster by unscrupulous individuals who market and illegally sell wildlife such as ‘kongkang’ (slow lorises), gibbons, bears, eagles and owls,” the minister added.

The Wildlife Department’s Cyber Crime Unit, in cooperation with the  Malaysian Communications and Multimedia Commission, is doing its best to roll back the practice, Wan Junaidi said. Officials are actively monitoring several Facebook groups where such sales take place. “As many as 100 Facebook accounts were identified offering wildlife for sale and 50 per cent of wildlife products offered are illegal,” the minister explained.

Many Malaysian citizens’ love of wild animals is an admirable trait; their penchant for wanting to have exotic pets isn’t. Wild animals, even when they are born in captivity, rarely if ever make good pets. They cannot be domesticated and may pose dangers, particularly to children. Few people have the resources to meet these animals’ needs for adequate roaming grounds, natural and healthy diets, and proper enrichment. Routinely wild animals sold in the illegal exotic pet trade end up languishing in cramped little cages in people’s homes and gardens. They deserve much better. If you really love wild animals, do not seek to own them as pets. Instead, do what you can to try and save them in the wild.