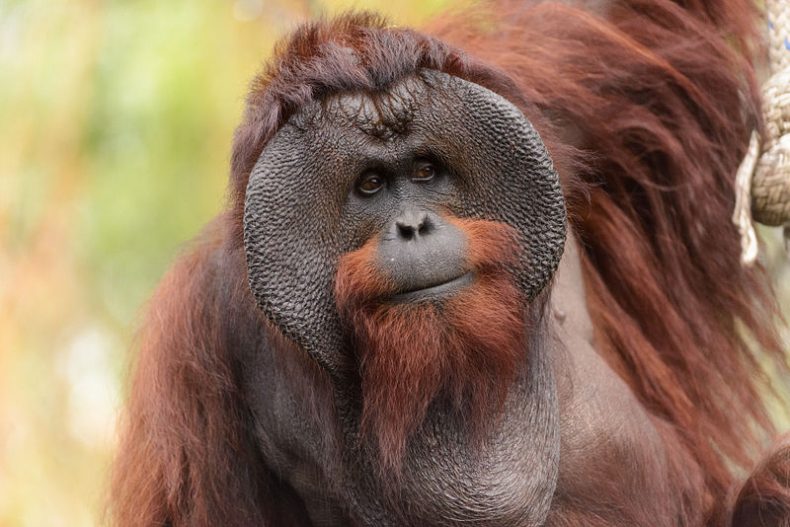 Borneo’s orangutans have long had it bad in the wild. This we have known. But here comes a bit of news that may shock you: they are now critically endangered.

The iconic apes, which are endemic to Borneo, have seen their numbers drop by as much as 60% since 1950, owing in large part to the unceasing loss of their lowland forest habitats. Between 2010 and 2025, their numbers are estimated to drop by another fifth, which places the survival of the entire species at risk, according to the International Union for Conservation of Nature (IUCN).

This means that in the 75 years from 1950 to 2025 (or three generations of apes) some three-quarters of Bornean orangutans (Pongo pygmaeus) will have been driven extinct in the wild. In the four decades prior to 2010, the IUCN says, an estimated 98,730 km² of prime orangutan habitat was lost in total. By 2025, another large swathe of forest will likely have been converted to palm oil plantations. Meanwhile, the remaining protected habitats of orangutans (or around 97,716 km² in 2010) have become highly fragmented or degraded as a result of logging and further encroachments.

“Two major reasons that contributed to the sharp decline were habitat loss due to degradation and fragmentation of their habitat, and hunting,” the international conservationist group explains. “In addition, recurrent forest fires, especially in peat forests, had caused additional sharp declines about once every decade.”

To make matters worse, orangutans are slow breeders, producing a single offspring every six to eight years, so the loss of even a relatively few animals can pose severe dangers to the survival of separated colonies of orangutans in their fragmented habitats. Their Sumatran cousins (Pongo abelii), which have already been listed as critically endangered since 2008, are facing similar challenges.

In other words, time is running out for both subspecies of these highly intelligent primates, which are found only in Malaysia and Indonesia. In both countries they are fully protected. In order to save them, however, the two nations will need to step up their conservation efforts and fast. “We have benefited from orangutans for years (through tourism),” said Prof Maketab Mohamed, a well-known environmentalist. “But sadly our conservation efforts do not seem proportionate, even though the Sabah and Sarawak state governments and relevant NGOs have done some great work.”