Let’s Save Lasah the Elephant 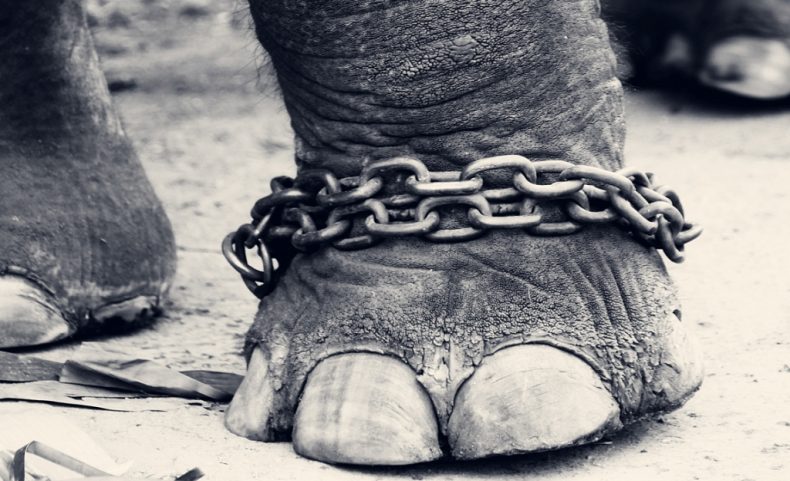 Asian Elephant routinely endure maltreatment and abuse at the hands of people who exploit them for financial gain. Photo Credit: Wikimedia Commons

Lasah, a 36-year-old Asian elephant, has never had it easy. Caught in the wild as a young animal, he would find himself forced to work in logging, where he endured backbreaking hardships. He would also find himself confined to small enclosures in a zoo, where visitors came to gawk at him. And he would also be compelled to perform in an animal show, where he was expected to entertain visitors.

But rather than enjoy some peace and leisure in well-earned retirement, the long-suffering elephant is now forced to carry tourists around on his back at the Langkawi Elephant Adventures amusement park on Langkawi island, where he has languished for the past decade.

“After years of abuse and exploitation, Lasah was sent to Langkawi in March 2006 and has since been forced to give rides for hours in sweltering heat and humidity while at the mercy of his handler,” explains the Malaysian animal rights group Friends of the Orangutans (FOTO), which has brought attention to the jumbo’s plight. “When not used for entertainment of tourists, Lasah is kept in brutal conditions behind public eyes, chained on all four legs,” FOTO explains. “This chaining method also breaks the Malaysian wildlife law.” 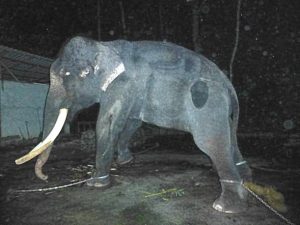 FOTO has launched a public campaign to rescue Lasah and retire him to the Kuala Gandah Elephant Sanctuary in Pahang, where resident pachyderms receive adequate care. “Lasah has endured a lonely life of abuse and exploitation at the Langkawi Elephant Adventures and other places long enough,” FOTO stressed. “Please speak up for him today” – by signing an online petition here – “and help ensure that he spends the remainder of his days at the Kuala Gandah elephant sanctuary, where he will have the companionship of other elephants, space, and care that he deserves.”

Captive elephants in Malaysia have long been subject to regular maltreatment and routine abuse. In 2013, for instance, footage, secretly recorded by Foto, caught a handler sadistically beating a defenseless female elephant at the A’Famosa Resort, a golf and entertainment resort near Kuala Lumpur. “When not made to offer rides and perform in elephant shows,” the NGO explained, “the elephants are chained in a cruel manner, believed up to 15 hours a day, with no readily available drinking water and food.”

Yet Lasah’s plight has shocked even some animal rights advocates. “This is the worst form of elephant abuse we have had the misfortune to come across,” says FOTO’S director Upreshpal Singh. “Lasah is used and abused for tourist money and we were shocked to find him barbarically chained on all four legs when he isn’t being exploited. We’re inclined to think he’s chained in the same manner every night and it’s no surprise he is severely underweight.”

FOTO says it will continue its campaign to save Lasah from daily abuse until he is transferred to the elephant sanctuary in Pahang, where he can receive good care and enjoy the companionship of other elephants. “[T]his once wild gentle beast has suffered enough and we urge all caring Malaysians to join our campaign and speak up for poor Lasah,” Singh says.

A subsequent investigation by  the Wildlife and National Parks Department (Perhilitan) has found that Lasah was in good health and had been well treated, according to officials. “Thorough investigations and checks have been conducted in the Langkawi Elephant Adventures premises and investigations have found the elephant to be healthy,” the department said. Langkawi Elephant Adventures said Lasah was only used for three rides a day and received regular health check-ups.