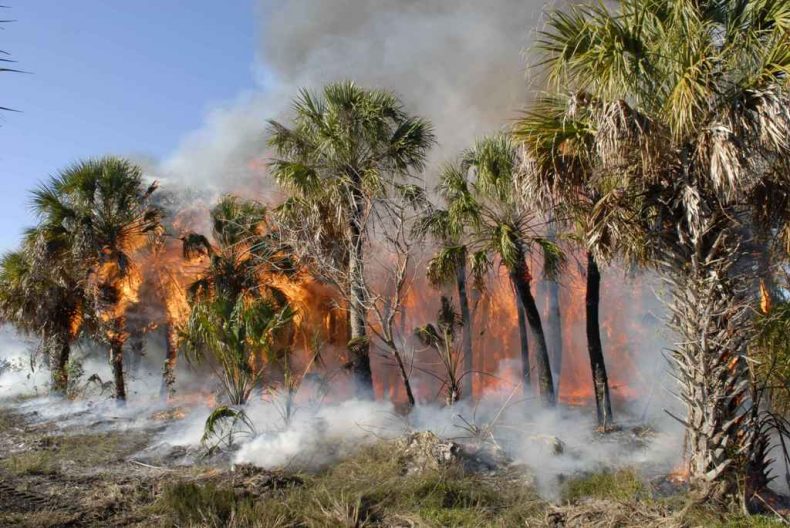 The cloud of smoke billowing over the Lower Kinabatangan Wildlife Sanctuary in Sabah in mid-July looked plenty ominous. For hours on end “blinding smoke enveloped long stretches of the Lower Kinabatangan, which is meant to be Sabah’s prime wildlife watching eco-tourism destination,” reported The Daily Express.

It remained uncertain how much damage the fire caused to wildlife habitats and what triggered the blaze in the first place. It may have been set by poachers who sought to drive animals out of their hiding places. If that is indeed the case, we should all be worried. Forest fires can wreak havoc with ecosystems by destroying large areas of forest within the matter of hours or days. And if people start setting them on purpose, the results could be catastrophic.

News of the fire within the wildlife sanctuary, which was declared “Sabah’s Gift to the Earth” in 1999 by the local government, prompted World Wide Fund for Nature-Malaysia to issue a warning about the constant threat of poaching and encroachment in Lower Kinabatangan. The wildlife sanctuary remains one of the last refuges of the Bornean orangutan, which has just been declared a critically endangered species by the International Union for Conservation of Nature.

“[M]uch is at stake when encroachment and poaching happens in this protected wildlife haven. This recent incident should be investigated thoroughly and the perpetrators should be caught and punished to deter future poachers and trespassers,” wrote Dionysius Sharma, executive director and CEO of WWF-Malaysia. “It is paramount that adequate resources are allocated to enforcement agencies, such as the Sabah Forestry Department and Sabah Wildlife Department, to combat encroachment, poaching and forest fire in this iconic landscape.”

Poaching and deforestation remain constant threats in Sabah with unscrupulous people continuing to try their luck at any available opportunity to seize protected species for the illegal wildlife trade. Loggers and farmers, too, can pose dangers to remaining forests. We must remain vigilant.

“Over the years, a huge amount of resources, such as time and money, have been spent by many stakeholders to conserve Kinabatangan’s biodiversity,” Sharma added. “There is still more that needs to be done to ensure that wildlife, forest and the people in Kinabatangan can exist in harmony and benefit each other. Everybody loses if decades of hard work and dedication go up in smoke.”