E-waste Recycling will get a much-needed Boost in Malaysia 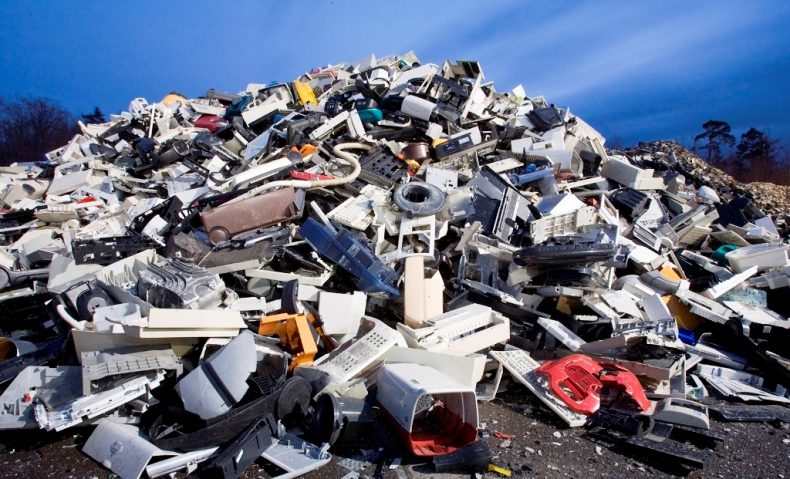 E-waste can pose serious risks to the environment and there are growing mounds of it in Malaysia. Photo Credit: GLOBE-Net

Malaysians are hardly slackers when it comes to waste. The country’s citizens produce loads and loads of it. And that includes e-waste, of which Malaysians produce a million ton each year.

Much of such waste contains environmentally hazardous materials and when they end up in landfills they often continue to leak those toxic substances into the environment, polluting the soil and poisoning water sources. Encouragingly, however, the country is to receive its first machines for recycling electronic and electrical waste. The machines, which are made in Germany and are due to start operating as of next June, will be able to recycle 100,000 tons of household e-waste a year: computer parts, used mobile phones, old household appliances.

That’s a mere tenth of the e-waste produced in the country, yes, but it is still a significant development. The machines will reportedly be the first of their kind in Southeast Asia. “The e-waste management from (electrical and) electronic goods such as television [sets], washing machine[s], air-condition[ers] and computer[s] is something that is challenging because hazardous items like CFC (chlorofluorocarbon) and mercury have to be handled with extra care,” explained Natural Resources and Envi­ronment Minister Wan Junaidi Tuanku Jaafar.

Before that happens, though, all that e-waste will also have to be collected. The machines will be operated at a Malaysian recycling company’s premises in Penang, yet over time as many as 80 e-waste collection centers will be set up around the country.

According to The Star newspaper, there are around 66 million mobile phones in Malaysia, or two for every citizen. Many of them get ditched regularly once their owners decide to upgrade to new models. Tablets, thumb drives and other kinds of electronics are also regularly dumped, adding to the growing mounds of environmentally hazardous e-waste around the country. “While these gadgets must be properly disposed of, many just throw them into the dustbin and they end up in landfills, where the minerals and materials inside can leak out,” the paper noted.