Large haul of Sea Turtle Eggs is seized in Sabah 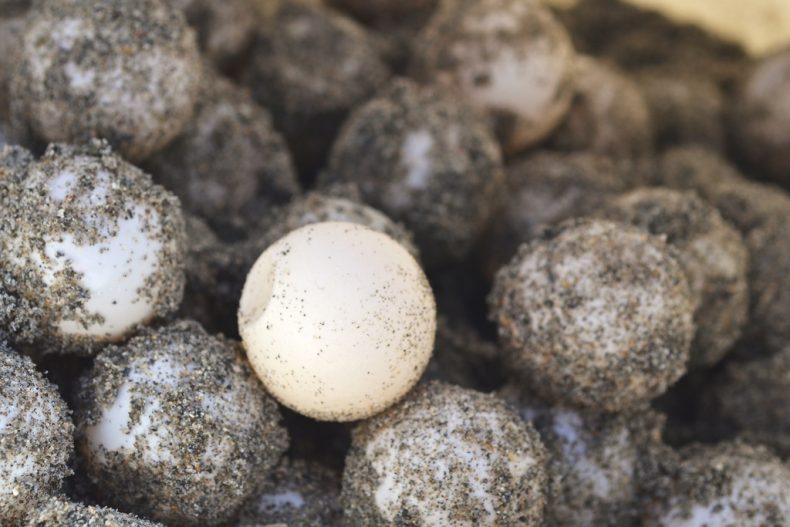 The eggs of sea turtles are considered prized delicacies in Malaysia and farther afield, which threatens the continued existence of turtles in the wild. Photo Credit: Julianna Brown via Flickr

Chalk one up for successful law enforcement against wildlife crimes. Marine Police in Sabah scored a victory against a wildlife smuggling syndicate operating in the Sandakan area by intercepting four boats packed with 19,000 eggs of sea turtles. The seizure of turtle eggs, which would have been worth around RM30,000 on the black market, has been the largest of its kind thus far.

According to local officials, they had received a tip-off that smugglers were operating in the area. When local police’s three patrol vessels showed up at the scene, four wooden boats powered with modified water pumps began speeding away. Police gave chase and intercepted the smugglers. They detained the four Filipino skippers as well as another eight illegal immigrants from the Philippines who were aboard the pump boats. Officials discovered the thousands of sea turtle eggs packed in white sacks in the boats. 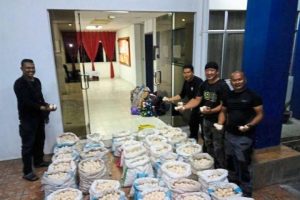 Officials in Sabah show off the thousands of turtle eggs they seized from smugglers. Photo Credit: Sabah Marine Police

In Sabah under the state’s local Wildlife Conservation Enactment 1997 it is against the law to possess sea turtles or their eggs. If convicted, the four Filipino smugglers could face up to five years in prison as well as a hefty fine. Yet despite such punitive measures, turtle eggs remain prized delicacies across much of the nation. Sabah remains a hotspot for turtle egg smuggling with many eggs ending up in places like Brunei.

It does not help matters that whereas marine turtles and their eggs are totally protected in Sabah and Sarawak, other states are free to make their own laws on turtle protection. By bringing laws in Peninsular Malaysia in line with those in Sabah and Sarawak, the country could better protect its beleaguered sea turtles, says WWF-Malaysia, which has called for a national ban on the sale of turtle eggs.

But strict new laws, as well as existing ones, will also need to be enforced better. Last November, Ismail Sabri Yaakob, the federal minister of rural and regional development, was photographed at an apparently Umno-sponsored dinner where he and other diners were served around two dozen eggs of protected turtles. He duly pleaded ignorance of the menu at the event. The incident highlighted the impunity with which influential people in Malaysia could flaunt the law. And if they can do so, why shouldn’t other Malaysians think they could get away with breaking the law, too?