Cockroach milk? Why, it’s so Nutritious! 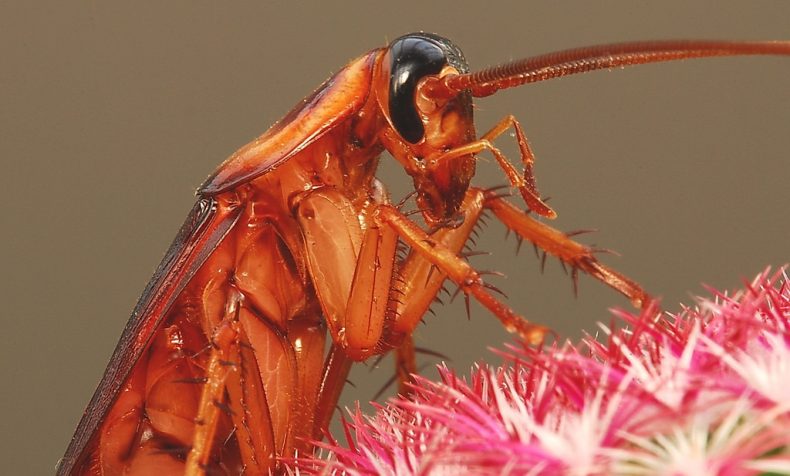 Say hello to mommy! Cockroach milk could be a super-snack of the future. Photo Credit: Mike Keeling via Flickr

So here comes: Cockroach milk could become a potent source of protein with which to feed the ever-growing populations of people in the world. Well, it’s not really milk, like a cow’s milk, but it’s close. The Diploptera punctate species of cockroach is the only known cockroach that gives birth to live babies, which their mothers feed with a type of “milk” that contains protein crystals.

And a single one of these protein crystals contains more than three times the amount of energy found in a similar amount of buffalo milk (which is more nutritious than cow’s milk). So says an international team of researchers from the Institute of Stem Cell Biology and Regenerative Medicine in Bangalore, India, who have published their findings in the journal International Union of Crystallography.

So far so good, but how to milk a cockroach? you may wonder. Fair question. You can’t do that. But what you can do is sequence the genes that produce the cockroach milk crystals to see if they could be replicated in bulk. And this is exactly what the researchers did.

“The crystals are like a complete food – they have proteins, fats and sugars. If you look into the protein sequences, they have all the essential amino acids,” said Sanchari Banerjee, a lead author of the research paper. “They’re very stable. They can be a fantastic protein supplement,” another researcher added.

The milk is highly calorific (it would make you pretty fat if you gorged yourself on it, in other words), but it could serve as a handy way to get calories and nutrients fast on the go. The researchers are planning to produce large quantities of the cockroach milk in the lab – without the assistance of any actual roaches, you might be pleased to know.