International Tiger Day serves as a Reminder: Tigers need all Our Help 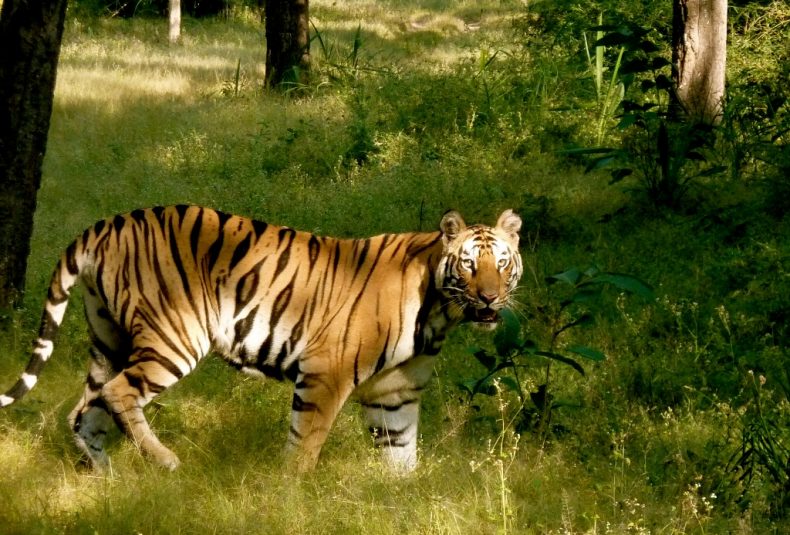 Tigers belong in the wild. But we need to save that wild for them so they can thrive once again. Photo Credit: Pixabay

July 29 is International Tiger Day. Let’s celebrate? The trouble is there isn’t much to celebrate.

That tigers need an international day for themselves is hardly a good thing, to begin with. The day, which was launched in 2010 at the Saint Petersburg Tiger Summit, is meant to remind us of the grave dangers tigers around Asia face in the wild to their continued existence. “We have lost 97% of all wild tigers in a bit over 100 years,” the organizers explain.

We are at risk of losing the remaining few in their diminishing ranges around Asia, including Malaysia, owing to rampant poaching and habitat loss.

A century ago there were around 100,000 tigers from Bali to Siberia. Today there are somewhere between 3,000 and 4,000 of them left. Balinese tigers, Caspian tigers and Javan tigers have already gone extinct. The other six subspecies struggle on for survival tooth and claw, but unless we act decisively to protect them, their days are numbered. By contrast, at least 10,000 tigers are in captivity worldwide. That is to say, captive tigers outnumber wild ones around three to one. That alone should give us pause about how dire the situation of tigers is in the wild around the region.

Malayan tigers, too, are on their way out with a mere 300 or so left in the wild, down from several thousand only a few decades ago. This year alone six tigers are known to have been lost to poachers and a road accident. The majestic predators are critically endangered in Malaysia with no sub-population of them having more than 50 members. This means that the loss of even a few more can have catastrophic consequences for breeding populations.

But that has not stopped poachers and wildlife traffickers. According to the international anti-trafficking watchdog TRAFFIC, body parts from at least 94 Malayan tigers were seized between 2000 and 2012. In 2013, a local man was caught with eight tiger skins and 22 bags of tiger bones in his house in northern Peninsular Malaysia. His punishment: a mere year in prison and a fine of MR200,000, although the law would have allowed for harsher penalties.

This past February, meanwhile, a man was caught carrying a dead tiger on his motorcycle in another clear sign that poachers and traffickers often act with brazen impunity.

So what to do? The answer is simple: preserve tiger habitats intact and throw the book at anyone who poaches wild tigers, traffics in tiger parts or willfully harms the animals in any other way.  It’s not too late to save them. But we’ll have to get our act together.