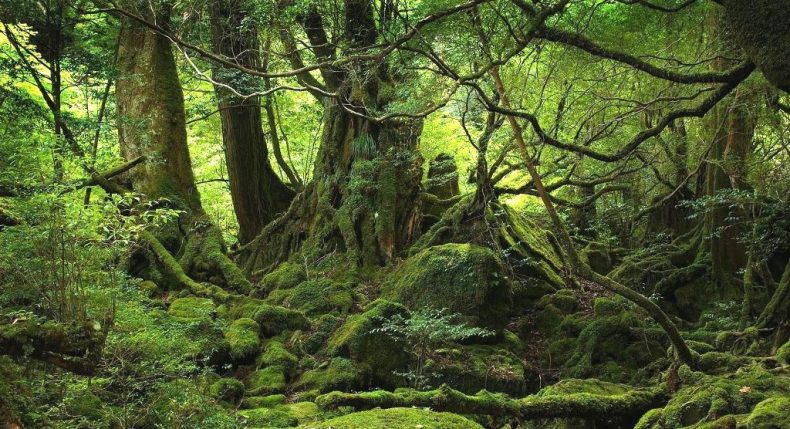 Trees form social networks of their own. Photo Credit: Pixabay

Trees tend to grow in groups of other trees – in woods and forests, that is. But what if they do more than just grow together? What if they engage in social interactions as well? Does that sound fantastical – like something out of “The Lord of the Rings with magical trees in magical forests?

Perhaps. Yet that is what a German forester insists trees do. That is to say, they form arboreal social networks within which they communicate with and care for each other. In his bestselling book “The Secret Lives of Trees,” Peter Wohlleben says that trees live in multi-generational communities where parent trees care for their offspring and help ailing trees by sharing nutrients with them and lending support to them within tightly knit ecosystems.

Trees, in other words, are social beings. “They can count, learn and remember; nurse sick neighbors; warn each other of danger by sending electrical signals across a fungal network known as the ‘Wood Wide Web’; and, for reasons unknown, keep the ancient stumps of long-felled companions alive for centuries by feeding them a sugar solution through their roots,” The New York Times surmised.

During a stroll through a forest in Germany, Wohlleben pointed to a pair of tall beeches. “These trees are friends,” he noted. “You see how the thick branches point away from each other? That’s so they don’t block their buddy’s light,” he added. “Sometimes, pairs like this are so interconnected at the roots that when one tree dies, the other one dies, too.”

Some of this may sound like a bit of mysticism, yet Wohlleben is no mystic. He’s a forest ranger who relies on the findings of modern science to demonstrate that trees aren’t merely “organic robots.” He does anthropomorphize trees a bit, yes: they don’t really “communicate with” and “care for” each other the way we do. But they do both in their own way, through a complex system of chemical signals that biologists have only now begun to unravel. They can even keep “badly injured” trees – trees cut down to their stumps, for instance – alive by diverting sugar solutions to them through their roots.

In any event, seeing trees as nothing but potential sources of timber as many people are wont to do does a great disservice to them. They are far more than that. And so we’ll need to make sure to keep them alive.