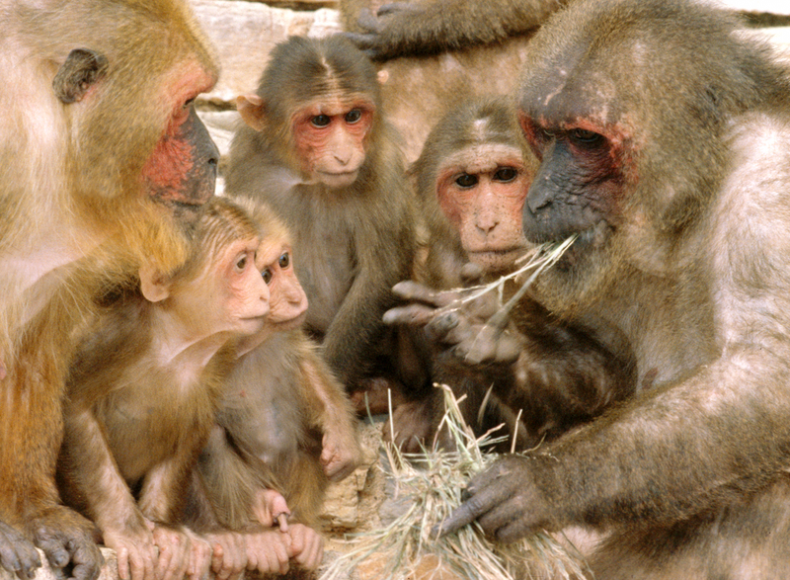 It’s the stuff of Hollywood spy movies. A daring group of agile infiltrators enters stealthily into an army base, overpowers a guard and makes away with some top secret documents. Something very similar just happened (sort of) at an army base in Malacca. The culprits: a group of monkeys.

Reportedly a troop of long-tailed macaques decided to gang up on a hapless postman as he was making his rounds at the Terendak garrison camp. They injured the 33-year-old man before stealing the documents in his possession, which were believed to be confidential. The monkeys  escaped by shimmying up nearby trees. A classic case of high-stakes espionage masterminded by a simian villain perhaps?

A police complain was duly lodged against the thieving primates, although the documents they had stolen turned out not to have been confidential, after all, but simply normal letters of the kind postmen usually carry. It wasn’t the first time, however, that the daring macaques had created some mischief in the area. “There have been previous cases of attacks at the army camp, at a school and even at the mosque inside the camp,” noted Noorzakiahanum Mohd Noh, director of the state’s National Park and Wildlife Department. 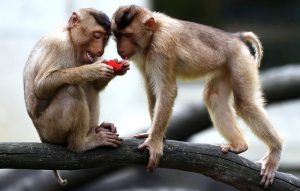 Two long-tailed macaques examine a pink bit of voter registry they have stolen from a polling station in northern Thailand. Photo Credit: The Bangkok Post

Last year some macaques forced their way into a local soldier’s car at the camp and pinched his belongings, including his money, ATM cards and driving license. For some reason the monkeys also took the soldier’s scuba diving gear, which may indicate that they were planning some ambitious underwater operation someplace. You never know with macaques, those cheeky guys and gals.

Nor have mischievous macaques limited their daring escapades to Malaysia. In neighboring Thailand a large group of macaques recently raided a polling station and proceeded to tear up voter lists that had been printed enticingly on pink paper and had been prepared for a national referendum on a controversial new constitution that the country’s ruling military junta had drafted. The proposed constitution is highly undemocratic so it may well be that the irate primates simply sought to give voice to their displeasure about Thailand’s oppressive military regime by tearing up the ballots. Good on them!