New Kinabatangan Road would ‘Cause Conflicts’ with Wild Elephants 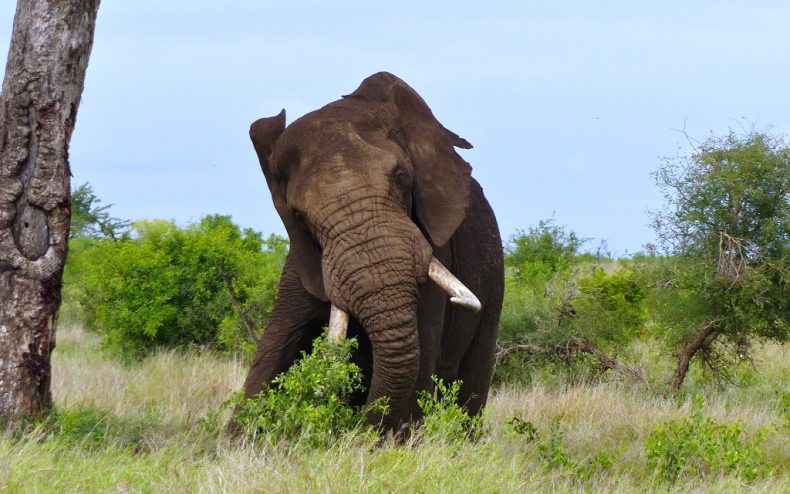 Don't make him angry by building a new road on his turf. Photo Credit: Wikimedia Commons

Conservationists have long regarded a planned new road that would cut through the Kinabatangan Wildlife Sanctuary in Sabah as a bad idea. But now they can prove just how bad it would be for wild animals.

Conservationists and local wildlife officials have for years been monitoring the movements of 14 wild elephants in a local herd with tracking collars so as to better understand their roaming patterns. What they have found is this: As the elephants move from one forest fragment to another, they regularly stray into local palm oil plantations, which have grown up in the place of felled woods. They also routinely venture close to local villages in search of food.

Were a road to be built near Sukau village in the wildlife sanctuary, it would further fragment local forests and curtail the natural range of local herds. Conflicts, including violent ones, between locals and the pachyderms would likely become far worse. 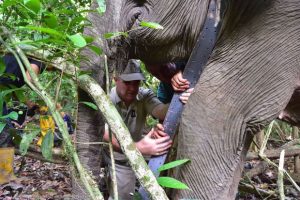 “The data accumulated over the years from those 14 elephants clearly show that Sukau is a hotspot for elephant movements and we can anticipate major conflicts in the area if the construction of a road and bridge bisecting the wildlife sanctuary goes ahead,” explained Dr. Benoit Goosens, director of the Danau Girang Field Centre who led the research project. “I anticipate massive conflicts in the Sukau area and the government will have to fork out millions of ringgit to mitigate these problems.”

And it isn’t just elephants that would be badly affected. Orangutans, sun bears, clouded leopards, proboscis monkeys and other endangered species, too, inhabit the same forests. To make matters worse, a new road, which would come complete with a new bridge, would open up new avenues for poachers and wildlife traffickers by affording them easier access to local wildlife.

Many locals in the area have been pressing for the road to be built, arguing that it would make their lives a whole lot easier. That the road may well do. Yet Goosens believes that in the long run locals, too, will lose out if the road is built. “The road and bridge will undermine efforts of several organisations, not excluding the Sabah government, in maintaining the natural habitat connectivity and healthy wildlife population, especially large endangered mammals such as elephants, orangutans, sun bears, proboscis monkeys and clouded leopards,” he said.

The area, he noted, functions as a popular ecotourism hotspot which has drawn hundreds of thousands of tourists over the years. “It seems unwise,” he noted, “to destroy years of hard work to make this place a real corridor of life, by building a bridge and sealing a road that will split the sanctuary in three.” It would indeed seem unwise to do that.