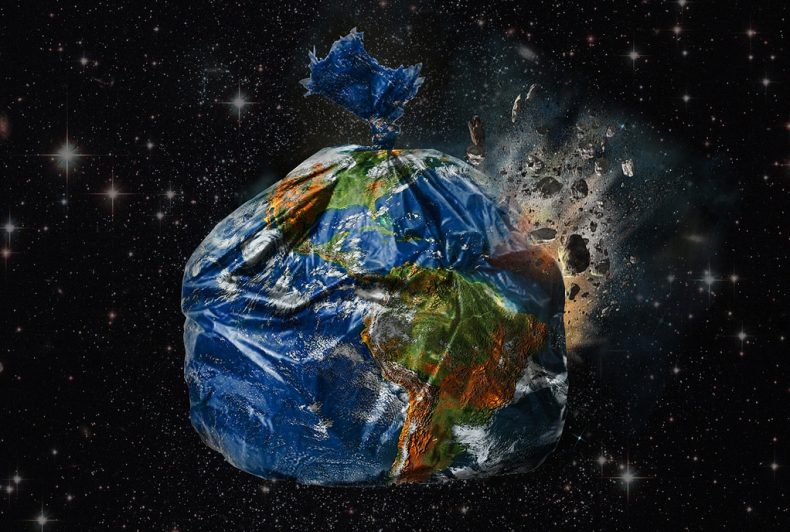 We're in the process of trashing Planet Earth with our wantonly wasteful habits. Photo Credit: Gideon Wright via Flickr

Our consumption habits are unsustainable. That’s hardly news. Even so, you might be surprised to learn just how fast we are burning through the planet’s resources to fuel our wasteful lifestyles. 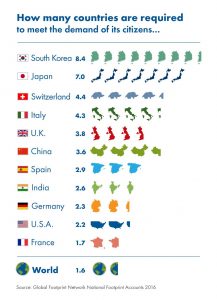 Some of the world’s worst wastrels are using up resources as if there was no tomorrow. Photo Credit: Global Footprint Network

Earth Overshoot Day marks the point each year when we use up more of the planet’s natural resources than Earth can produce in a single year. In other words, we have nearly five more months to go in 2016, yet we’re already spending resources from 2017. Specifically we’ve been emitting far more carbon dioxide than the planet can absorb; we’ve been cutting trees far faster than they can re-grow; and we’ve been depleting fish stocks far faster than they can regenerate.

How is the precise date for Earth Overshoot Day calculated each year? Glad you’ve asked. The international think tank Global Footprint Network takes the planet’s estimated total of natural resources based on myriad sets of UN-compiled data, divides that sum by how much of Earth’s resources we use up each day, and multiplies the result by the number of days in a calendar year. The think tank also breaks down global consumption habits by calculating Earth Overshoot Day by country, based on population sizes and per capita uses of resources.

Globally we would need 1.6 planets to sustain current consumption patterns. When it comes to the worst wastrels, the picture does not look good. South Korea leads the global list by using up the natural resources of 8.4 South Koreas combined. Japan clocks in at 7 Japans. Meanwhile, if all the 7 billion-plus inhabitants of the Earth had the consumption habits of high-living Australians, we would need 5.4 planets to sustain us.

Back in the 1960s, people used only as many resources as the planet could sustainably produce. But then in 1970 we ended up spending the planet’s store of resources by December 23. We have been spending natural resources faster and faster ever since.

Not all is doom and gloom, however. “Fortunately, some countries are embracing the challenge,” Global Footprint Network notes. “For instance, Costa Rica generated 97 percent of its electricity from renewable sources during the first three months of 2016. Portugal, Germany and Britain also demonstrated groundbreaking levels of renewable energy capability this year, when [all] of their electricity demand was met by renewables for several minutes or, in the case of Portugal, for several days.”

That’s the way to go if we do not want to end up using up ever more of the planet’s thinly stretched resources even faster, as if there was no tomorrow. Unless we change course, there might not indeed be a tomorrow – or at least not one we will like much.