A Fifth of Malaysia might be under Water by 2100 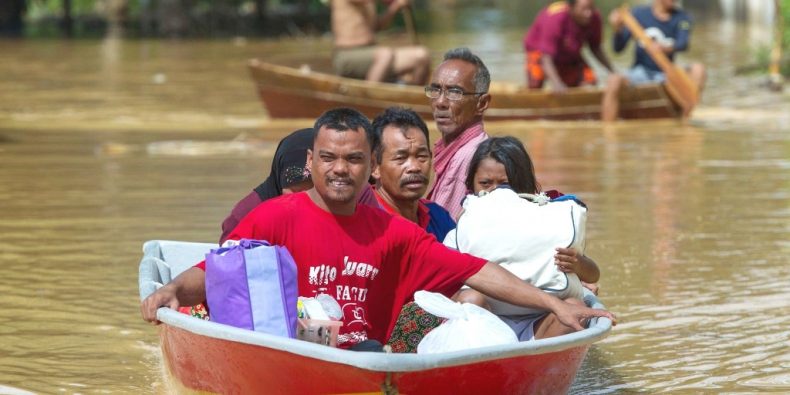 A Malaysian family is evacuated during a devastating flood. Photo Credit: Facebook

Hell and high water. That’s what awaits much of Malaysia by the end of the century – unless the country and the region at large fulfill their obligations to reduce their carbon emissions.

So says Wan Junaidi Tuanku Jaafar, minister of Natural Resources and Environment. Specifically, the minister warns, a fifth of Malaysia (around 18%), including many if not most of low-lying areas close to sea shores, will be inundated by 2100. That will be a result of a steady rise in sea water levels worldwide caused by the melting of polar icecaps owing to global warming.

An apocalyptic scenario, yes. So what to do? “We must be successful in implementing what is required by UNFCCC (United Nations Framework Convention on Climate Change) framework,” the minister suggests. “So far Malaysia is there, we are in a good situation. The disaster will only occur if we do not manage to implement it,” Wan Junaidi went on to explain. “That means everybody must work hard. Every country such as Singapore, Thailand, Vietnam, and Laos must work together because we share the same atmosphere.” 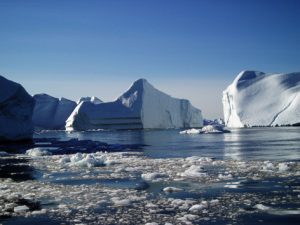 Good advice. The trouble, though, is that according to recent estimates the nations of the world have already missed the boat on ensuring that global temperatures do not rise above a manageable 2°C, compared to pre-industrial levels, by the end of the century. In fact, we are on course to warming the planet by between 2.6°C and 3.1°C, which will indeed have catastrophic consequences for countries like Malaysia with tropical climates, long stretches of coastlines and myriad islands large and small.

To avoid global catastrophes, the leading polluters of the world must rein in their carbon emissions significantly. They will also need to find ways to suck vast amounts of carbon dioxide already released out of the atmosphere and store it away safely through sequestration. Failing that, countries like Malaysia might well find much of their land area under rising levels of sea water.

Malaysia’s government has pledged repeatedly to reduce the country’s carbon emissions by 40% by the end of the decade. It claims to have already reached overall reductions of 33%, although the figure seems not to have been independently verified. It’s good to know, however, that senior decision-makers are aware of the dangers the country is facing from climate change.