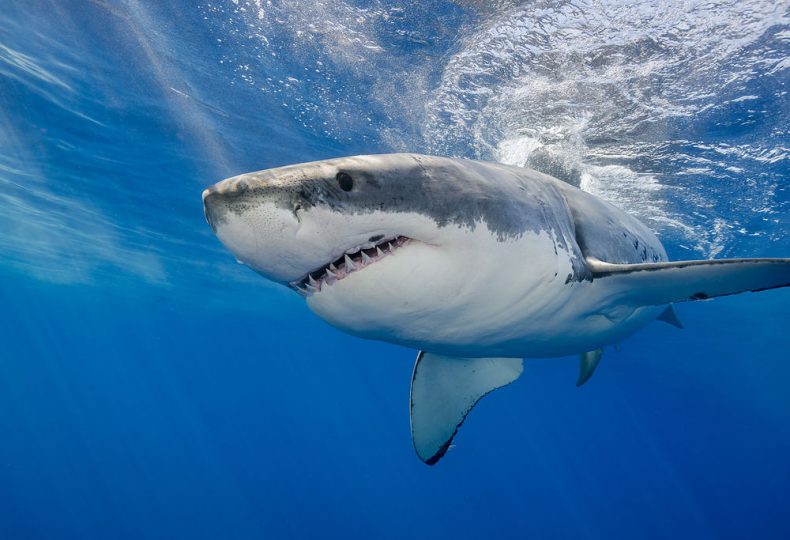 Sharks are widely seen as vicious predators; in fact, however, they are endangered species that need protection from the true villain: us. Photo Credit: Live Science

Consuming sharks, or their fins, isn’t illegal in Malaysia. It should be. Sharks are at risk of being driven extinct in Malaysian waters, and unless they are treated as protected species by law, these majestic fish will indeed go extinct in Sabah and elsewhere.

The animals are considered simply as “fish” under the country’s Fisheries Act, which falls within the purview of the Ministry of Agriculture and Agro-based Industries (MOA). That won’t do, insists Natural Resources and Environment Minister Wan Junaidi Tuanku Jaafar, who wants to recognize sharks as fully protected species under a new Protected Marine Species Act. “Let the fish for consumption be under the MOA and let the protected species in the sea and rivers be under my ministry,” he said. 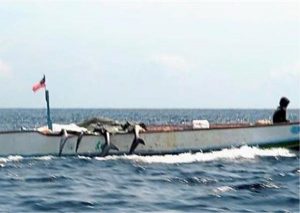 An amateur image, taken by Swedish divers, shows a boat laden with newly caught sharks in Sabah in late July.

Yes, let that happen if it means improved protection for sharks. Malaysia has long been a leading global producer and importer of shark products, and the animals are being hunted relentlessly in Malaysian waters despite efforts to protect them better. In late July Swedish divers captured images of a small fishing boat laden with newly caught sharks, providing further tangible evidence of regular shark fishing in the state. A few days prior, other images emerged on social media showing several finned shark carcasses floating in the bloodied water of a bay at the village of Mabul in Semporna, near the world-famous diving spot of Pulau Sipadan.

In response, the  Sabah Shark Protection Association has called on officials to enact new laws to protect the beleaguered animals. “We are asking the Federal and State governments to make changes to the Fisheries Act that may be necessary to enable Sabah to pass the desired State level legislation,” the non-profit’s chairman Aderick Chong said. “Outside of Sabah Parks Marine Protected Areas or shark sanctuaries, the state ministry under Datuk Seri Yahya Hussin can consider [putting] in place a ban on shark landing, slaughtering and trading of Sabah’s already depleted reef sharks and CITES listed endangered species.”

Six of Sabah’s ma­rine parks will be gazetted as shark sanctuaries so as to protect local shark species. That is definitely a must. Yet such protection measures must also come hand in hand with finding alternative sources of income for local fishermen to wean them off hunting sharks. Sharks are facing a variety of severe threats to their existence in Malaysia, and only comprehensive and holistic approaches will be able to change that.