Foreign Poacher is nabbed in Sabah 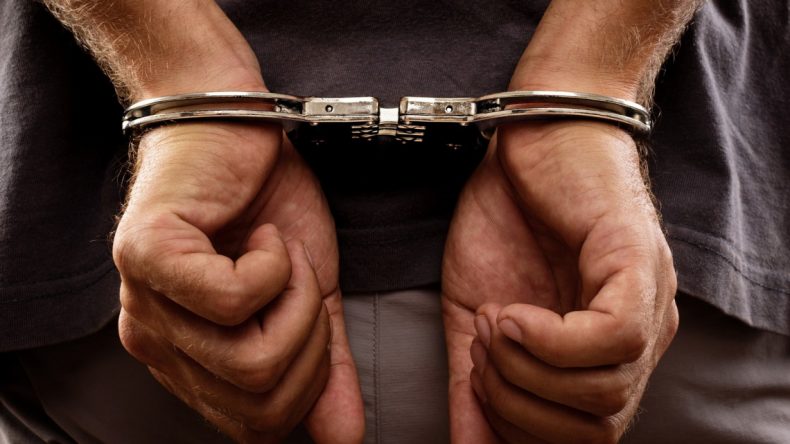 The arrest of a foreign poacher in Sabah has been hailed as a success by local officials. Photo Credit: Pixabay

One down, plenty more to go. Poachers, that is. A special unit of Sabah’s Forestry Department has nabbed a poacher who is believed to have been part of a six-member gang of foreigners who were poaching protected species within local animal sanctuaries.

Better yet, the man, who comes from an ethnic minority in nearby Kalimantan in the island’s south, was caught red-handed with his weapons and some of the poached animals still in his possession.

“[O]ur Special Force caught up with one of the six suspects camping inside Deramakot Forest Reserve with their loot of hornbill carcass, gaharu, weapons like shotguns, bullets, axes and so on,” said Sam Mannan, director of the state’s Forestry Department. “The tattooed suspect has been identified as a Dayak Kenyah from Southern Borneo, undocumented, calling himself Nopel Bin Ulang, who revealed that they were working for [someone called] ‘Moksin’ based in Tawau, [who is] probably a local.” 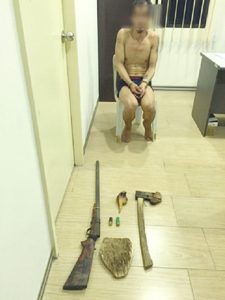 An indigenous poacher from Kalimantan is held after his arrest in Sabah. Photo Credit: The Daily Express

The man, Mannan added, will be facing charges soon under the Forestry Enactment 1968 and the Wildlife Conservation Enactment 1997. “We shall plead for maximum sentences from the court should he be found guilty,” the director insisted.

Whereas poaching has long been a sad part of life across Borneo, local officials believe some of the criminal gangs are getting bolder –  or more shameless, rather – by wantonly crossing borders and hunting any endangered species they can lay their hands on. “What is new is the boldness of foreign poachers. They come in with weapons, particularly home-made shotguns, spears, trapping devices and swords with the audacity and arrogance to confront enforcement officers,” Mannan explained. “At the same time, they destroy public properties to assist in their poaching, such as cutting government water tanks as floaters for wildlife parts down river for collection.”

This one gang alone has caused plenty of headaches for local wildlife officials. “In the past one month, we twice encountered this band of six foreign poachers, all of whom are believed to be Kenyahs and Dayaks from Kalimantan, in Pinangan-Tangkulap Deramakot, with their hoard of slaughtered wildlife – bears, hornbills and a cache of gaharu wood,” Mannan said. “When encountered, they reacted aggressively and brandished their weapons and showed off their tattooed bodies, telling us threateningly that they were in the forests to take whatever was available.”

Officials, who were outgunned and outnumbered, needed to call in special reinforcements to deal with the belligerent thieves of wildlife. They believe that organized syndicates with a far reach have taken to hiring tribesmen from impoverished villages in Borneo to hunt protected animals for them. Vile and unscrupulous? Certainly.