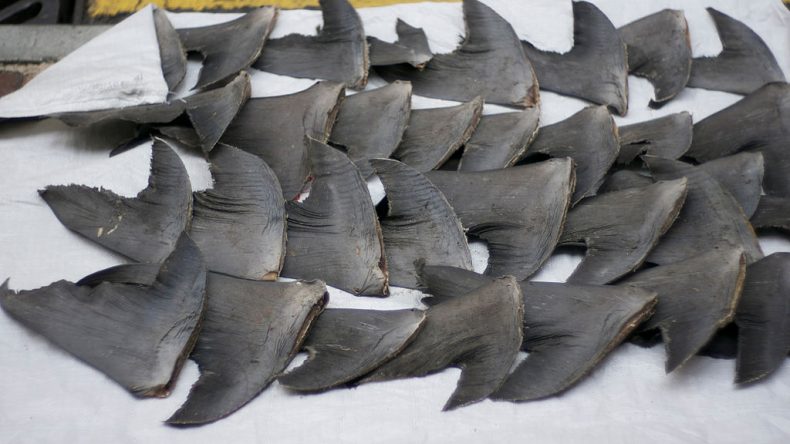 Shark fins continue to be prized delicacies. But at what price to sharks? Photo Credit: Wikimedia Commons

If the federal government has its way, seven species of sharks and rays may soon enjoy better protection in Malaysian waters. The seven species newly designated as endangered will include four species of hammerhead sharks, the oceanic white tip shark, the giant oceanic manta ray and the reef manta ray.

So far so good. The rest of sharks found in Malaysian waters could still be fished, however. “Not all sharks are endangered,” Agriculture Minister Ahmad Shabery Cheek stressed recently. “There are 67 types. These are common species that you can see in the market every day, so you cannot generalise sharks as a whole.”

Perhaps. But it might seem to be asking too much of fishermen to keep up to speed about protected species while also expecting them to recognize those sharks that belong to species that are off limits to them. A blanket ban might work better as a result. That is exactly what Sabah, where many of Malaysia’s shark populations live, is considering. The state’s Minister of Tourism, Culture and Environment Masidi Manjun is a vocal supporter of a blanket ban. Ahmed appears to have an issue with that.

Then again, perhaps we should not expect a minister of agriculture to be a staunch conservationist. They rarely are, not least because much of agriculture in Malaysia, and elsewhere, is routinely conducted in ways that are hardly beneficial to the natural environment. Not surprisingly, Ahmad waxed skeptical about figures by green groups that have shown that Malaysia’s shark population has declined by 80% since 1989. “To have a blanket ban on all sharks under the Fisheries Act, that is not possible,” the minister insisted. “If you want to do total banning, it has to fit international standards.”

Conservationists may well find themselves baffled, if not infuriated, by such willful intransigence. Pace Ahmad, Dionysius Sharma, executive director and CEO of WWF-Malaysia, does want to see a far more comprehensive ban on shark fishing across Malaysia. “Shark killing for any purpose is completely unacceptable and needs to stop immediately. Most shark species are endangered and we cannot afford to lose any more of the remaining sharks in our seas,” he stressed.

“[T]here is a noticeable absence of laws protecting, managing or conserving sharks in Malaysia,” WWF-Malaysia notes. “However, sharks continue to be fished either in mixed fisheries, or incidentally and this is allowed.”