Global Warming may not be all bad for much-stressed Corals 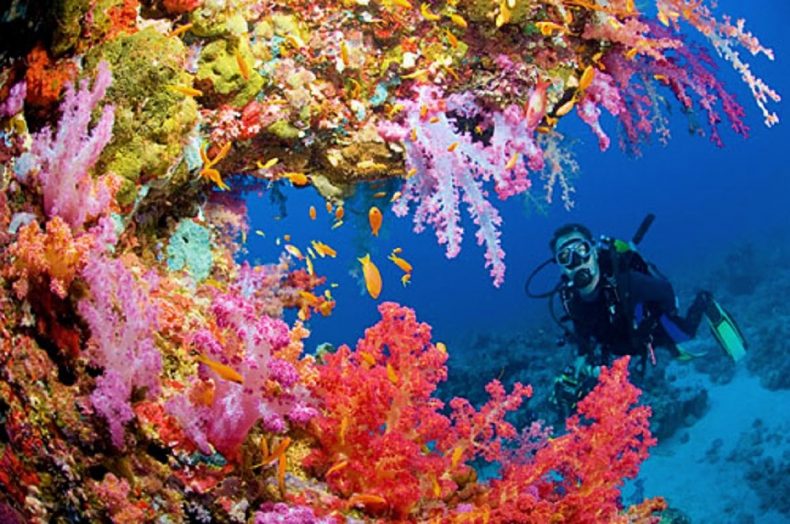 Coral reefs are stunning works of nature but they are coming under increasing threats. Can global warming actually be of help to save them? Photo Credit: YouTube

When it comes to coral reefs, good news is pretty hard to come by. They are coming under increased stress from a variety of environmental factors with mass bleaching episodes becoming common from Malaysia to Australia. And then there is global warming, which, too, poses a clear and present danger to fragile corals by raising water temperatures.

Then again, maybe global warming will not be all that bad for corals. As the polar ice sheets melt, water temperatures worldwide will rise – and that, believe it or not, may actually be a good thing for corals. So say Australian scientists, who have been monitoring changes in tidal waves in the Kimberley region, in Western Australia, which is home to some of the world’s most extreme tidal ranges, sometimes over 12 meters. They wanted to see how they affect locals reefs.

Their finding: the extra amount of seawater in shallow waters can have the effect of cooling water temperatures for corals that inhabit them. In effect, all the extra water may act as an insulator. “Temperature is widely recognised as a key environmental driver of reefs and temperature extremes are known to be one of the key stressors to coral reef communities around the world,” explained Ryan Lowe, from the University of Western Australia who was the lead researcher of a new study on the effects of rising water levels on corals.

What the scientists have done is develop a model for predicting temperature variations within shallow reef systems based on local tidal conditions, solar heating properties and reef structures. Their field studies have revealed wild fluctuations in temperature at local reefs. Those fluctuations can amount to differences of 10 Celsius over a single tidal cycle with temperatures rising to as much as 38 Celsius.

“Over a 15-day cycle, the water temperatures became most extreme when the low tide period drifted to align with maximum heating by the sun at noon, which warmed the shallow water on the reefs,” Lowe explained. “These temperatures are particularly extreme in regions when the tidal range is large when compared to the water depth over a reef, which can cause shallow water to ‘pond’ within reefs for extended periods of time each day,” he said.

And here’s the kicker: Even a modest rise in sea levels, Lowe said, could help lower the water temperature of a reef and “may also partially reduce reef heat extremes in the world’s warming oceans.”

A silver lining in troubled waters?