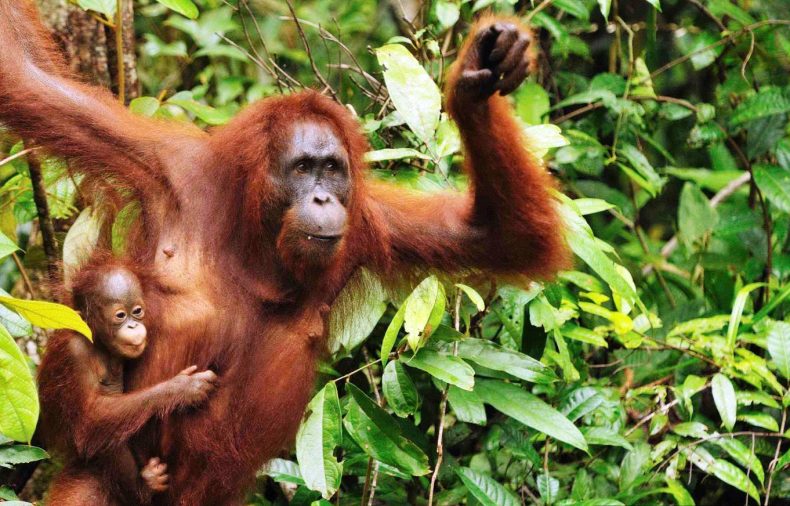 A female orangutan swings in the trees with her baby. Photo Credit: Pixabay

Sarawak is moving ahead with plans to better protect the state’s forests and wildlife. Good news? Definitely.

Step 1: Come January next year, the Borneo state will have its own Department of National Parks and Wildlife. The new department’s tasks will include conserving local wildlife and rolling back illegal hunting, wildlife trafficking and bush meat selling. The department, says Sapuan Ahamad, director of Sarawak’s Forestry Department, “will in particular look after orangutans and the growing threat to humans from crocodiles threatened by food shortage and increasingly polluted rivers.”

Step 2: By 2020, the state will create several new totally protected areas (TPAs), totaling 1.3 million hectares. “We are in the process of creating another 31 new TPAs with a combined area of 451,819 hectares and the new department can play its part here,” Sapuan said. That the department should definitely do. 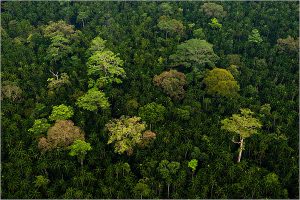 The forests of Sarawak are home to a stunning diversity of wildlife. Photo Credit: Design Sigh

In the adjacent TPAs of Batang Ai National Park and Lanjak Entimau Wild Life Sanctuary, some 1,600 orangutans roam freely. As part of “an Orangutan Strategic Action Plan,” which prescribes a holistic approach to orangutan conservation, plans are underway to expand the boundary of Batang Ai National Park to incorporate the area around Ulu Sungai Menyang, where another 200 orangutans live. In tandem, the Forestry Department will step up efforts to combat illegal logging and to ensure that protected forests will not be felled for palm oil cultivation, which already occupies some 1.5 million hectares in the state.

These plans and developments should fill us with hope that at long last officials in Sarawak will come around to giving the state’s world-renowned yet much-threatened forests and wildlife the kind of protection that they truly deserve. Several conservationists have lauded these moves by the state’s government. “The creation of an independent body looking after and protecting Sarawak’s forests and wildlife is a move into the right direction,” stressed Annina Aeberli, from the Swiss conservation group Bruno Manser Fund.

That it certainly is.