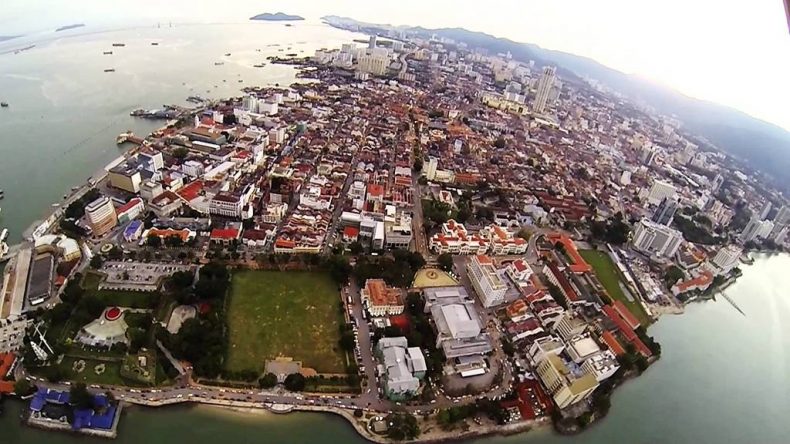 Parts of Penang are already heavily developed. If the rest of the island follows, all its natural charm might well be lost forever. Photo Credit: YouTube

The island of Penang boasts beautiful beaches, which serve as magnets for tourists from far and wide. Unfortunately, those very beaches also draw plenty of developers who are eyeing prime coastal locations for ever newer developments that might well end up despoiling the local environment for good.

Local conservationists have been rightfully up in arms over various planned development projects around the island from mass transportation to hill reclamations that risk destroying the fragile equilibrium of local ecosystems while also potentially turning into lasting eyesores in formerly pristine environments. The island’s coastal ecosystems, already under stress from pollution and habitat loss, are especially vulnerable to further invasive encroachment. 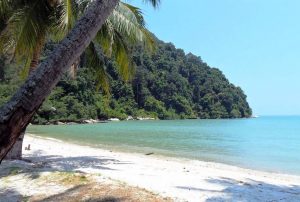 Penang’s beaches, like Monkey Beach on the northwest coast, are justifiably famous. Increased development places them at risk, however. Photo Credit: penang.ws

At Gurney Drive and the Queensbay area opposite Pulau Jerejak, coastal reclamations are already in full swing. Another planned massive reclamation would see the creation of three artificial islands in the southern part of Penang as part of the RM46 billion Penang Transport Master Plan. These new constructions will likely turn into unmitigated disasters for local marine life, especially in the long run.

“Vast amounts of fill material is required for these reclamation projects,” Mohamed Idris, president of the influential environmentalist group Sahabat Alam Malaysia, has warned. “The adverse impacts of sourcing the sand and rocks required for these projects are often overlooked.”  He and others urged the island’s government to reconsider such plans.

The country’s minister of Natural Resources and Environment agrees. “The Penang government must ensure that the environmental component is not compromised in efforts to develop the state’s economy, besides assuring that the people’s wellbeing is taken care of,” Wan Junaidi Tuanku Jaafar told the New Strait Times. “As such, I strongly urge the Penang government to review all coastal reclamation in the state.”

In a special report, the newspaper quoted Universiti Sains Malaysia marine biologist Dr Zulfigar Yasin as saying that “Penang was sitting on a ticking time bomb.” Any further coastal reclamation, the expert stressed, might irreparably damage the island’s seascape and destroy marine ecosystems. The redeveloped coasts could also become prone to floods and dangerous erosions. The quality of seawater would suffer, sedimentation would increase and fish stocks would deplete, further endangering the livelihoods of local fishermen, already suffering from diminishes catches.

A bleak outlook all around, yes. 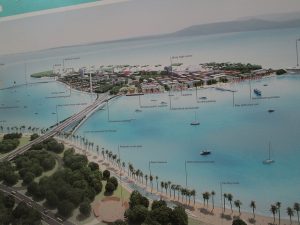 A planned artificial island, by Gurney Drive, is envisioned to serve as a new draw for tourists. Instead, it might destroy a lot of the local area’s natural appeal. Photo Credit: Resort Development

“It is serious enough for the state authorities to know that they are jumping into the unknown. Worse still, Penang’s environment is like a volcano waiting to erupt. We are treading on a ticking time bomb,” Zulfigar said. “In the last 10 years, things have changed drastically. We see very rapid and huge reclamations for development, especially in the Free Trade Zone, Tanjung Tokong and the proposed southern area,” he explained.

“Penang’s shape used to be rather jagged, but now, it is more rounded. This means that most of our coastlines, especially in shallow areas, have been reclaimed,” the expert added. “If such reclamation continues unabated, there will be serious consequences, which will affect people’s livelihood.”

Ironically, even as Penang promotes itself internationally as the “Pearl of the orient,” a tourist destination with storied old traditions, world heritage sites and bucolic charm, it’s in the process of undoing much of that appeal. “Penang has lost many coral reefs over the last 10 to 20 years. We had beautiful reefs in Pulau Kendi, parts of Teluk Bahang, Pulau Rimau and Pulau Jerejak,” Zulfigar observed poignantly. “Now, we have to go elsewhere to see them.”

Needless to say, many tourists, too, might decide to head elsewhere in search of less developed topical paradises. That would be a disaster for a state more than 40% of whose revenue derives from tourism. In a bid to make itself more appealing by reinventing itself as a modern city state with spanking new infrastructure, Penang may wind up doing the exact opposite: undermine its unique, natural charm. Such an approach did work on Singapore, yes, but it won’t work everywhere.

In view of these dangers, the local government should undertake rigorous environmental assessment studies before green-lighting any further coastal development. In the meantime, all development plans should be put on hold. Better yet: they should be cancelled all together, if there is a risk of considerable harm to the environment.

Placing short-term financial gains over the long-term interests of the natural environment is foolish. It’s doubly so on relatively small islands like Penang, where even limited damage can have lasting consequences.