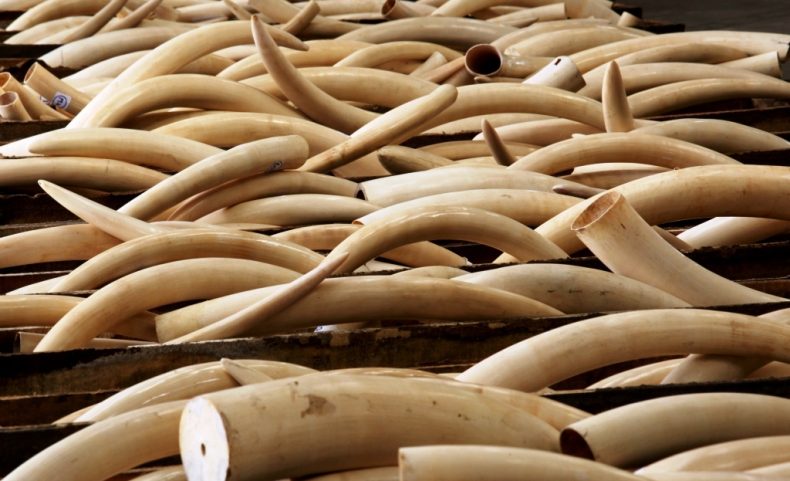 A large hoard of ivory like this is testament to the lengths poachers and traffickers go to enrich themselves by wantonly murdering elephants. Photo Credit: Flickr

Whether we like it or not, Malaysia is a major global hub of wildlife trafficking. Both indigenous species and foreign ones, as well as their body parts, continue passing into and out of the country at the hands of unscrupulous criminal syndicates. That must stop.

Natural Resources and Environment Minister Wan Junaidi Tuanku Jaafar agrees. Recent seizures by officials of ivory smuggled into the country has highlighted the need for unflagging vigilance, he says. “Malaysia’s geographic location is central, allowing for the smuggled ivory to be transported to China, Thailand and Taiwan, which are the three main countries with the strongest demand for ivory,” the minister told the Malay Mail newspaper. 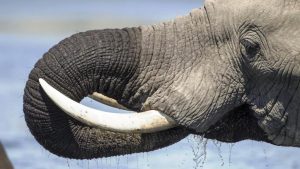 The tusks of elephants should stay where they belong: on live jumbos in the wild. Photo Credit: reference.com

Between 2011 and August this year officials have documented 24 cases of ivory smuggling. The various hoards amounted to a total of RM43.4 million at black market prices, indicating how lucrative wildlife trafficking can be for criminals. Within a two-year period from 2013 to 2015 Wildlife and National Parks Department officials seized 216 elephant tusks, smuggled either in parts or in whole, as well as products made from ivory, weighing 920kg in total.

In April, Malaysian officials destroyed 9.5 tons of ivory, seized from smugglers, at a much-publicized event in an effort to dissuade trafficking gangs from continuing to use the country as a transit point. That, however, did not dissuade them all. In June, a large hoard of ivory, 1.2 tons of it, was seized at an international airport in South Sudan: the tusks were bound for Malaysia. A month later, Malaysia’s Customs Department discovered yet another cache of ivory, worth around RM10 million, at Kuala Lumpur’s international airport. The tusks had been from sub-Saharan Africa, via Turkey.

Malaysia has developed a National Ivory Action Plan to try and roll back the international trade in ivory, which has seen thousands upon thousands of elephants slaughtered in Africa and Asia for their tusks by poachers. The country is also participating in joint operations overseen by the Asean Wildlife Enforcement Network, Interpol and the anti-wildlife trafficking group Freeland Foundation.

These are laudable initiatives. They are bound to be less effective, however, without public support. After all, we cannot just blame poachers and traffickers for the rampant trade in ivory and other exotic animal parts like tiger bones and sun bear paws. They merely cater to widespread demand for those parts. If we all stop buying exotic animal parts, poachers and smugglers will have no incentive to keep selling them.