Laying down the Beats for Conservation 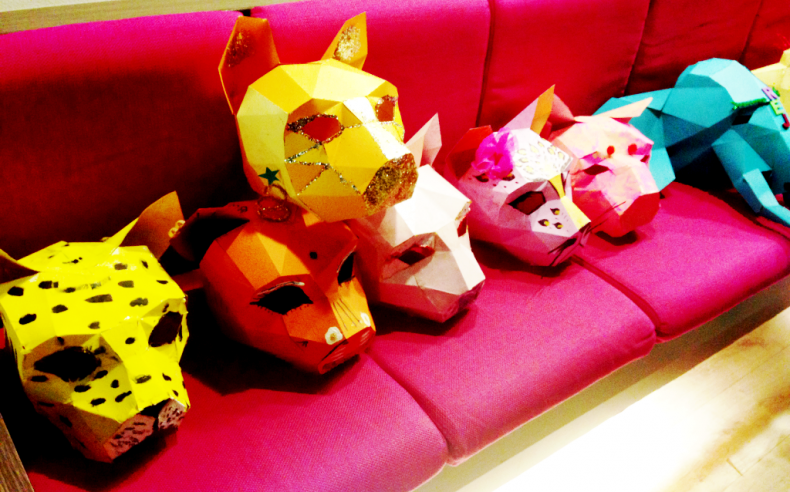 Animal masks for children on display at the Borneo Rhythms of Rimba Wildlife Festival in Sepilok. Photo Credit: Facebook

Some groovy beats. A laidback atmosphere outdoors in scenic settings. Lots of likeminded folks. A message of wildlife conservation. Sound like fun?

Fun it is that some 2,500 participants had at the two-day Borneo Rhythms of Rimba Wildlife Festival in late August. Held at the Rainforest Discover Centre in Sepilok, Sabah, the event was organized by the educational nonprofit Future Alam Borneo Society and Protective Action for Wildlife in Sabah through Education (PAWSE).

But participants had more than just fun: they also had the chance to explore the wonders of Borneo’s fabulous wildlife at family-friendly, interactive events and workshops. Several environmental scientists and representatives of local and international wildlife conservation organizations were on hand to educate participants, young and old, about Borneo’s stunning ecosystems and the need to preserve them intact.

“The vision and mission of the festival is to bring environmental knowledge and awareness to people, and to encourage a greater love for Borneo’s natural environment by exploring and playing in the forests,” the organizers explained. “The festival’s ‘experiential education’ method has grown annually with the combined effort of colourful content providers and diverse and enthusiastic crowds.” While the kiddos watched puppet shows or donned animal masks, their parents could slide down a 100m zipline, limber up during yoga sessions, or chill out to tunes from the likes of local pop stars Sada Borneo and BiBi McGill, a onetime lead guitarist for American pop superstar Beyonce.

For too many young people, wild animals remain abstract concepts. Routinely they only encounter animals cooped up in cages in zoos or confined to the screens of television sets. Not so at Borneo Rhythms of Rimba Wildlife, which has become an annual bonanza. The action-packed series of events let kids get up close and personal with animals and animal experts to learn about Borneo’s wildlife. That is why events like these can be invaluable venues for spreading the message of conservation to Malaysian children and teens who may one day play a decisive role in the future of the country’s biodiversity hotspots.