And then There were almost None 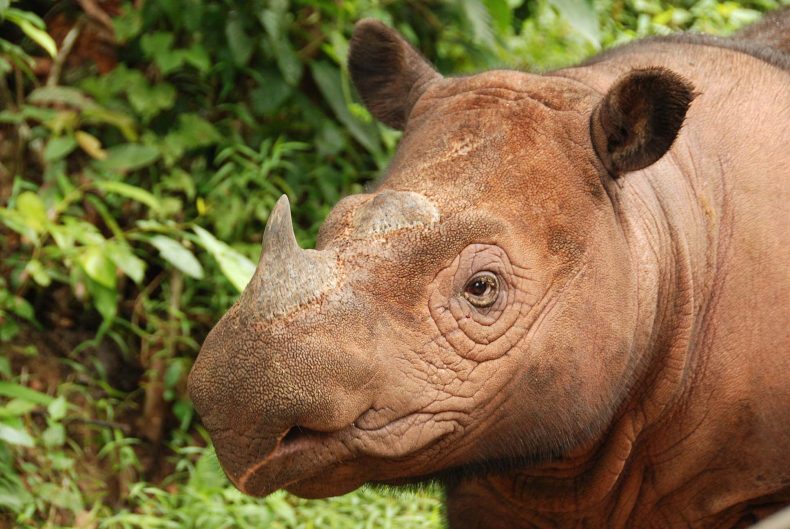 The numbers of Sumatran rhinos have plunged to a mere 100 in the wild. The loss of any more would be a disaster for the species. Photo Credit: Wikimedia Commons

A mere three – that’s the number of Sumatran rhinos left in Sabah. And even they are in captivity. The animals, which were taken from the wild for their own protection, must be guarded 24/7. They are now used in a breeding program that seeks to boost their numbers in Sabah.

After being poached mercilessly for decades for their horns, Sumatran rhinos were declared extinct in the wild in Malaysia last year. The last three of them, a male and two females, are the sole remnants of their majestic species in the country.

It’s a poignant tale of loss and the animals’ plight serves as the subject of a brand-new documentary, “Operation Sumatran Rhino: Mission Critical,” which premiers on September 19 on National Geographic as part of the channel’s new Uncover Malaysia series. The episode showcases the efforts of Borneo Rhino Alliance (BORA) to boost their numbers through artificial fertilization. 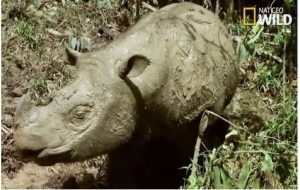 “BORA has been fighting an uphill battle trying to save Malaysia’s last Sumatran rhinos. The only way this could be done was to capture all the remaining specimens in the wild – which was a dangerous and costly operation and to breed them,” said Dr John Payne, BORA’s executive director.

The world’s smallest rhinos with two horns on their snouts, these rare animals, which are found only in Malaysia and Indonesia, have fallen on hard times in the wild with only 100 of them left on Borneo and Sumatra in increasingly fragmented habitats. Time is running out for the rhinos. “The Sumatran rhino will go extinct if we carry on with the current trajectory,” Payne notes in the documentary, which will leave no conservationist and lover of nature unmoved.

“This is Sabah’s do-or-die mission to prevent the extinction of the species,” the filmmakers explain. As the documentary makes it clear, it’s only a committed band of conservationists and wildlife officials who are standing between the rhinos and their certain death at the hands of poachers. We can only hope they will succeed in their mission to save these wonderful animals.