Rare Malaysian Mussels are at Risk 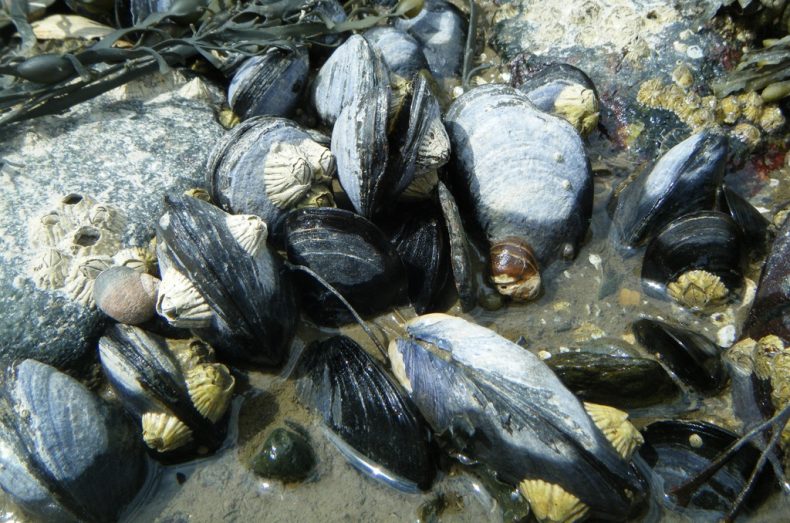 Even as we worry about Malayan tigers, Bornean pygmy elephants and orangutans, we should spare a few thoughts to the fate of a much less celebrated group of animals: mussels. That is because several endemic species of mussel are in dire straits, according to scientists from the University of Nottingham Malaysia Campus.

Peninsular Malaysia is home to three rare species of mussel. One of those three, Hyriopsis bialata, is an species that is found only in Malaysia and nowhere else. How long the endemic species can stick around, though, is in doubt. The university’s scientists suggest it may be at risk of going extinct. In fact, another rare species, Ensidens ingallsianus, may already have been driven extinct.

The culprits are excessive pollution and acidification of their freshwater habitats, which themselves are the result of deforestation, runoffs from oil-palm plantations and inadequate wastewater treatment. All these factors have led to a shriveling up of nutrients for the mussels, which are filter-feeders and form an important part of aquatic ecosystems. Without the mussels filtering water, algal blooms and a further loss of aquatic biodiversity may follow, the scientists warn. 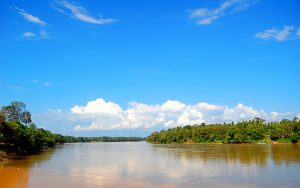 Sungai Pahang is home to a unique species of mussel found nowhere else on Earth. Photo Credit: winwes.com

The Malaysian scientists, who spearheaded a groundbreaking study of the region with collaborators from abroad, surveyed 155 places across all the states of Peninsular Malaysia for mussels and recorded their environmental status. “The team spent a total of 30 days in the field, scouring the sandy and muddy beds of Malaysia’s rivers and lakes for mussels simply using their hands,” they explain. “Environmental conditions at each location, such as water pH and oxygen concentration, were also recorded.”

They found nine Malaysian species of mussel and one that has been introduced from China. While the latter species has been spreading rapidly and posing an additional threat to native mussels, many of the native species have been in decline, they note. They believe that a native species, which is also found elsewhere in the region, may already have gone extinct in Malaysia.

“Sungai Pahang and Sungai Perak, two of the longest rivers in Peninsular Malaysia, are of particular importance to the conservation of very rare mussel species,” the researchers observe. One of these, known scientifically as Hyriopsis bialata but locally as “layar,” or sail, mussel lives only in certain areas of the Pahang river. To protect these unique mussels, the scientists say, riparian buffers should be set up and waste water treatment for rivers running through agricultural and residential land should also be improved.

“Mussels and other invertebrates are often overlooked in [conservation efforts] because they are less charismatic than beautiful large mammals such as tigers,” noted Dr Alexandra Zieritz from the University of Nottingham Malaysia Campus, who led the research project. “However, these small organisms represent an equally important part of our ecosystems, especially in freshwater habitats,” she added.

“Our ultimate goal is to get concrete Action Plans for the most endangered species in Malaysia in place, which could involve habitat restoration and breeding programs. Whilst this might come too late for the presumably extinct Ensidens ingallsianus, taking action will be vital to preserve Malaysia’s unique and rare species such as Hyriopsis bialata for future generations,” Dr Zieritz said.

If we were to abandon these unique mussels to their fate, the scientist warn, we might lose them forever. And because they live only in Malaysia, the entire planet would lose them too.