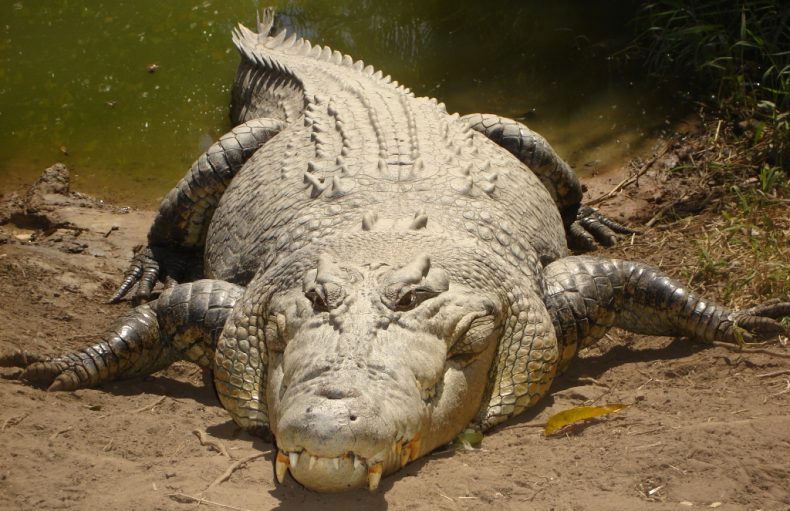 Saltwater crocodiles have rebounded in the rivers of Sarawak and Sabah, but not all locals are pleased. Photo Credit: Wikimedia Commons

Malaysia wants the international trade ban on saltwater crocodiles listed. Good idea? That depends how you look at it. The crocs might certainly take issue with that, but many locals in Sarawak and Sabah might probably not.

The country has asked for permission at the ongoing 17th Conference of Parties, Convention on International Trade in Endangered Species of Wild Fauna and Flora (CITES) in Johannesburg, South Africa, to take saltwater crocodiles in Malaysia off the list of prohibited species so they can be caught and traded. The idea, according to Natural Resources and Environment Minister Dr Wan Junaidi Tuanku Jaafar, is to “enable a strictly controlled population while retaining viable wild populations.” 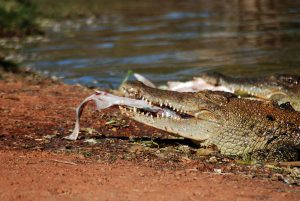 A young croc feeds on a fish in a swamp. Photo Credit: Wikimedia Commons

“Currently, Malaysia conducts the trading of crocodiles from CITES registered crocodile farms and international trade of crocodiles from the wild is not permitted,” the minister explained. So why change the status quo? Because, he said, wild populations of saltwater crocodile in the country have rebounded greatly over the past three decades as a result of successful conservation efforts that were launched in the early 1980s.

In fact, the boost to wild crocodile populations, he added, has come at a cost to locals. “It has caused conflict[s] with humans [whereby] incidents of crocodile attacks have increased especially in the state of Sarawak, where [the] viability of communities is dependent on rivers, which are used for daily life activities such as transportation and economic resources,” Wan Junaidi stressed. For that reason, he added, “we hope that Malaysia’s proposal to downlisting our saltwater crocodile (Crocodylus porosus) will be fully supported.”

There is no denying that saltwater crocodiles have long had a fearsome reputation in Sarawak. The presence of the state’s “man-eating” crocs in local rivers have taken their toll on the nerves of locals, and sometimes on their very lives. In 1992 a large man-eating croc dubbed “Bujang Senang” killed 13 people before it was itself killed. Attacks on people have also been reported in the Bako River and the Santubong River, as well as in such larger rivers as Samarahan, Batang Lupar, Saribas, and Seblak.

Since the crocs began to be protected in 1982 in Sabah, they have also recovered in numbers in the state. They are particularly common in the Kinabatangan River. In Peninsular Malaysia, the animals, which were once very common, remain in small numbers in some rivers. Based on sightings in recent years, these include an area near the tourist haven of Port Dickson, the mangrove forests of Sepetang in Perak, and even the Klang River of Kuala Lumpur in Selangor.