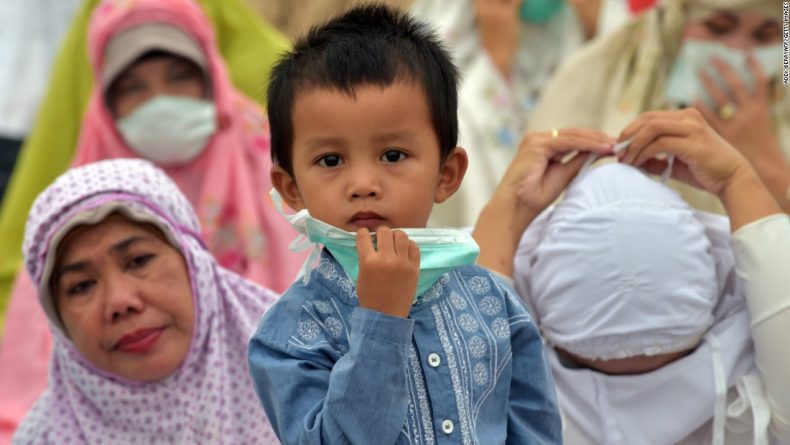 A young boy is getting ready to cover his mouth in the face of haze from burning forests. Photo Credit: CNN

First came a study. A joint study from scientists at Harvard and Columbia universities in the US has posited that prolonged haze from Indonesian forest fires year September and October caused an estimated 100,000 premature deaths in Indonesia, Malaysia and Singapore.

The study, which was published in the journal Environmental Research Letters, explored the effects of intensive air pollution on the health of people subjected to it in the three nations, which were worst affected by the noxious fumes from the burning forests on around 261,000 hectares of land. In Indonesia alone, more than 43 million people were exposed to the haze, with many of them suffering respiratory ailments as a result.

Many people are also likely to have succumbed to those ailments, which regularly worsened existing health conditions. According to the study, the overall average of deaths from the haze was around 100,300, with 91,600 deaths in Indonesia, 6,500 deaths in Malaysia and 2,200 deaths in Singapore. “Air pollution, especially that caused by atmospheric fine particles, has grave implications for human health,” Rajasekhar Bala, an environmental engineering expert at the National University of Singapore, commented, adding that the study’s findings are a “wake-up call” for Indonesian, Singaporean and Malaysian authorities to stop forest burning once and for all. 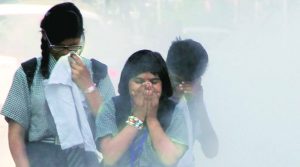 Some of those authorities, however, are taking issue with those findings. Malaysia’s Ministry of Health insists that “there was no sudden jump in the number of cardiac or respiratory deaths before, during or after the haze period.” It also questioned the study’s methodology. “An 80-year-old fellow, he’s got one, blood pressure, he got two, diabetes, he got three, heart problem, then he is exposed to haze and then he died so what did he die of? One, two, three or four? Or all the above or none of the above? This is a hell of a difficult question to answer, how to answer it? It’s not possible,” argued Health Minister Dr S Subramaniam.

“A lot of people have died but to what extent haze contributed to it, it’s very difficult to tell. You see, during the haze period we see an increase in number of patients with respiratory problems, but I don’t think we have seen a striking increase in the number of mortality,” he added.

Authorities in Indonesia and Singapore are likewise questioning the Harvard/Columbia study’s findings. Singapore’s Health Ministry said they were “not reflective of the actual situation.” “We note that the modelling study does not take into consideration the mitigating measures that were implemented by countries affected by the haze,” a spokesperson stressed.

Be that as it may, there is no denying that air pollutants from burning forests can pose a variety of health hazards from cardiac and respiratory illnesses to, possibly, even Alzheimer’s disease. Nor that burning down vast swathes of forest harms the natural environment irreparably. Whether the study’s assumptions about the number of deaths caused by last year’s haze are correct will not change these facts.